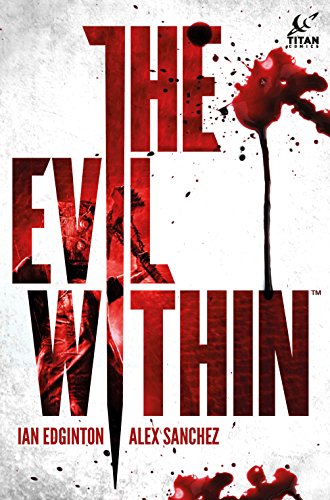 The Evil Within reads like that cult horror movie you’ve heard about—the one that combines A Nightmare on Elm Street with Cabin in the Woods—and took years to track down. You finally saw it, and it reminded you all over again of the things you both love and hate about horror.

In the love category: It’s fast, it’s suspenseful, it sometimes hits a button in your brain that connects you directly to your subconscious. Some of the images are genuinely disturbing, some are strangely beautiful.

The parts you hate: Horror frequently requires a suspension of disbelief—did anyone really believe a murdered child molester could return from the grave as the blade-fingered Freddy Krueger?—but sometimes that suspension can tip over into a plunge. The dialogue can be stilted, the characters can display behavior so arbitrary that it’s hard to imagine a distracted five-year-old acting that way.

Like the Elm Street flicks, The Evil Within takes its main inspiration from nightmares (and, unlike Elm Street, videogames it’s based on a horror survival game of the same name). The heroine, Dana, is a young college student who is searching for her missing best friend when she finds herself stranded in an abandoned diner filled with rotting leftovers.

A young man, Paul (an ER resident) appears . . . and so does the horde of mutilated creatures he’s fleeing. After encountering an asylum full of traps and a killer with a safe for a head, Paul and Dana wind up in a dead town, where they meet up with Jack, a veteran, and Ruth, a flight attendant. Each of them harbors a guilty secret; The Evil Within enters Cabin in the Woods territory as Dana begins to suspect they’ve been brought here to be part of some deadly game or experiment. And, like that Joss Whedon cinematic monster mash, they encounter a bevy of creatures—aside from the Keeper (the butcher with the safe-head), there’s “Laura,” a spidery humanoid composed of blood, the Sadist (think Leatherface), and Ruvik, who may be the mastermind.

Where The Evil Within excels is in the art (just as horror movies often remain in the public’s memory because of makeup or special effects). Artists Alex Sanchez and Ed Anderson (along with colorist hi-di design) offer up panels drenched in both details and gore. When Dana explores the diner, one “shot” features a foreground close-up of meat crawling with maggots; panoramic shots of a rickety bridge crossing a great abyss are authentically full of dreadful wonder. The color palette is particularly superb, employing muted grays and browns with startling swathes of bright crimson and glimmering pastels for flashbacks.

Ian Edginton’s script has the pleasing feel of a familiar, beloved horror movie, but that also means it suffers from a sense of déjà vu and some of the same faults of those movies. The dialogue involves repeated uses of phrases like, “This was a bad idea” and “Something’s wrong here;” the creatures seem both invincible and too easily outwitted. The ending is perfunctory and too open-ended, leaving a bigger opening for a sequel than any Hammer Dracula film.

But there’s no denying that The Evil Within offers roller coaster-style fun, especially of the visual variety, to those who enjoy a bit of genuine old skool horror.

Lisa Morton is a critically acclaimed author of horror who is a six-time winner of The Bram Stoker award and recipient of the Black Quill Award. Her most recent novel is Zombie Apocalypse!: Washington Deceased. She is also a screenwriter, nonfiction author, and Halloween expert whose book The Halloween Encyclopedia has been recognized as the most complete reference on this holiday.