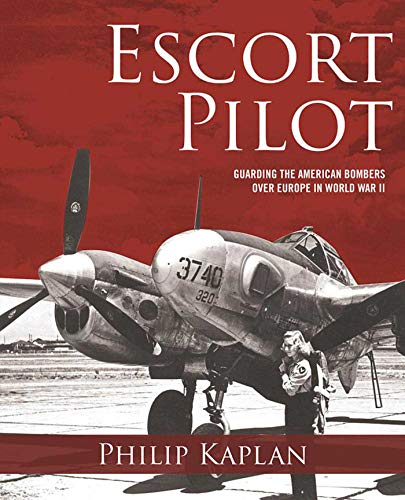 In late 1942, aviators of the 31st Fighter Group arrived in England. Included were thousands of others who served in the Eighth and Ninth U.S. Army Air Forces in that embattled nation. They all had the same mission and used the same airfields and equipment. The pilots of this USAF and the RAF were thrown together, “living, flying, and dying alongside each other.”

So the authors begin the memoir-like work, Escort Pilot. Through the extensive use of photographs, memoirs, and their own descriptions, the authors begin the work by acquainting the reader with the conditions under which all aviators flew, fought, and lived. We also see the aircraft used by the Brits and the Americans at the first joint action in the Dieppe raid of August 1942.

More exhaustively, the authors chronologically cover the various waves of aviators who joined the effort against Germany. The volunteers early in the Battle of Britain, American intervention in 1942, and later the use of the Women’s Airforce Service Pilots are all included. We even see and read of the supportive efforts made by the American and British film industry.

What did these men and women do when not in the air? In their chapter, Time Out of War, we see that Brits usually went home to unwind. Americans and the men of other Allied nations could unwind on three-day passes in London or other “liberty towns.” Viewing the extensive photographs used, the reader can see Americans relaxing in the city as well as the countryside, usually accompanied by pretty English lassies.

But the war effort was not without serious resistance from the enemy. Kaplan and Saunders treat us to a full description of the efforts made and equipment used by the German Luftwaffe in the Battle of Britain and beyond, to include their effort to impede the Allied bombing of their homeland. The reader sees how the men of the German air force lived as well as fought. A unique feature of this section of the work was that it was all portrayed in the words of German airmen and features extensive photographs.

Anyone interested in a unique look at the American-Anglo air war effort after the Battle of Britain, would do well to read Escort Pilot: Guarding the Allied Bombers Over World War II in Europe. The use of personal memoirs is certainly a fascinating way to draw in and inform the reader, and the authors did that successfully.