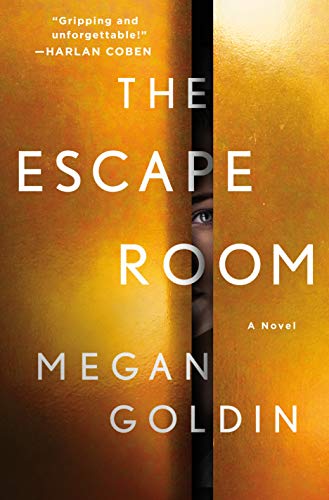 “a gripping corporate thriller with characters you'll love to hate.”

Four employees of a high-profile investment firm are summoned to a compulsory spur of the moment meeting on an upper floor of their still under construction corporate high rise in a redeveloped warehouse district. All have previous plans for the weekend, but they dare not decline to attend for fear of losing their lofty positions that provide them with even loftier incomes and perks.

At Stanhope and Sons, everything is secretive. There is zero tolerance for mistakes. Layoffs are rumored, and they all know they have targets on their backs. They don't like each other, but they need each other, and as the story unfolds will come to depend on each other even more.

There is Vincent, the company's Senior Vice President, arriving late in a huff, overcoat flaring behind as he rushes into the lobby to meet the others. He knows them well, has learned their secrets, is privy to their lies, and despises all three of them.

Sylvie, cover girl good looks, blonde hair, green eyes, was packing for Paris when notified of the meeting. She's angry about it, but being a woman in a male dominated profession, disguises it by tilting up the corners of her mouth in what she thinks is a serene smile, but is really just short of a resting bitch face.

Standing next to her is Sam in a charcoal suit, white shirt and black tie, the approved work apparel at Stanhope and Sons. The dress code there is super strict. The number one requirement? All apparel and accessories must be expensive. Sam had to postpone a trip to Antigua with his demanding wife. At the moment, he's in the grip of an encroaching anxiety attack. Leveraged to the hilt, his bank account burdened by a negative balance, he keeps his eyes on his phone to hide his distress.

Jules, equally well dressed and groomed, sucks on mints to disguise his breath, but his ruddy cheeks belie the fact that he'd been swigging whisky in the chauffeur driven car he'd arrived in. He, like the others, think the purpose of this meeting is to fire them all.

The elevator arrives, they reluctantly step in. The doors shut behind them before they can turn around. Then the lights go out, and the elevator ascends with a jolt.

". . . The elevator slowed down and came to a stop on the seventieth floor. Jules exhaled in relief. He stepped forward in anticipation of the doors opening. They remained shut.

"He pressed the OPEN button on the control panel. Nothing happened. He pressed it again, holding it down for several seconds. The door still didn't budge. He pressed the button three times in quick succession. Nothing. Finally, in desperation, he pressed the red emergency button. There was no response. . .

"A small television monitor above the control panel turned on. . .  After a moment, a message appeared . . . WELCOME TO THE ESCAPE ROOM. YOUR GOAL IS SIMPLE. GET OUT ALIVE."

Can't you just imagine author Megan Goldin grinning gleefully at this point and rubbing her hands together in evil pleasure?

In her research for the book, she immersed herself in the Internet forums and social media feeds of Wall Street players to get a behind the scenes picture of the fast paced life she writes about. The enormous amounts of money spent on clothes and the obsessive attention to flashy brand names, the hazing of new employees, the treatment of women, the grueling hours of work covered up with fake tans and frozen tea bags on their eyelids so exhaustion wouldn't show. She puts it all in the book including a job interview she herself had. She uses a very clever story structure weaving it all together by alternating the elevator chapters with backstory chapters.

She pulls you into the story from the very first page with a riveting prologue, the events of which strangely take place near the end of the book when the elevator doors re-open instead of, as is usual in publishing, before the story opens. There are occasional passages that might have been better told in dialogue instead of narrative. It all works, though, and each page is riveting beyond measure.

Readers will delight in trying to guess who—if anyone—will escape from the elevator and what is actually going on. Some readers will figure it out fairly early on in the book, but that won't stop them from racing through the rest of it to the end.

Guaranteed to gratify readers with an appetite for revenge novels, it's a gripping corporate thriller with characters you'll love to hate.