The Environment: A History of an Idea 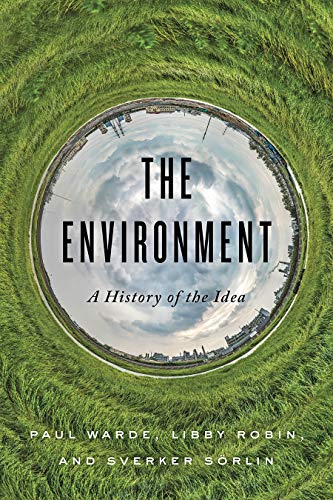 The environment as an idea that explains human impact on our world sprang not from Rachel Carson’s iconic Silent Spring but from the unwanted awareness forced by World War II that we live on a fragile, interconnected planet.

Perhaps that’s well understood today, but it was a novel idea in 1948, or so argue the authors of The Environment, and the seeds for it were planted in William Vogt’s international bestseller Road to Survival, which introduced to a war-weary generation hoping for a better future that, in the authors’ words, “There was an environment outside your door, and it was the same environment as the one outside any door on Earth, and what happened to each place had ramifications for all the others.”

Our post-war understanding of the environment expanded from local experiences of nature to the notion of an interconnected ecology of species and places, and from there to an international and now increasingly global understanding of how human behavior shapes the natural world, not the least of which is climate. The Environment eschews the romanticism of saving nature to instead explore how our idea of the environment reflects human priorities.

The shift in thinking that moved environment from background to foreground stems from a long intellectual history, as well as contemporary concerns over limited resources and population growth, and increases in computer modeling and data processing capacity. What the book does best is show how geopolitical and military interests have long lurked alongside efforts to understand and manage our world for resource exploitation or preservation, biodiversity or development (sustainable or otherwise).

If the environment was an idea whose time had come, the authors argue, it was created through “the imagination, the history, and the creativity of experts” and “how well ordinary people have understood these and contributed to framing environmental concerns.” And so, this fascinating book is also a thick alphabet soup of acronyms for scientific panels, government agencies, and international gatherings.

The author’s chronology of panels and papers connect the dots in their line of argument of how the thinking of experts and policy makers have evolved. Despite its extensive bibliography, though, The Environment is too brief and fast moving for such a complex topic and left this reviewer with the impression that many competing tangents and perspectives were not explored.

Nonetheless, The Environment shines a narrow but needed light to illuminate the bookshelf of anyone concerned with our world’s future.