The Ensemble: A Novel 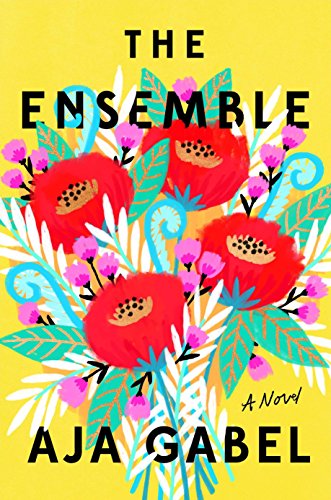 The Ensemble is a novel played to music. It’s the story of four musicians who at college decide to form a string quartet. The group stays together for over 20 years before one breaks off to become a soloist. In that time they climb the ladder of achievement, all the way from college concert halls to Carnegie Hall in New York, and along the way winning the coveted Esterhazy competition.

It’s a quasi-incestuous group. Everyone appears to have slept with everyone else. But the sexual escapades have to be worn lightly, whatever turmoil goes on inside. Only the music, its magic and performance matters. The pleasures of sex, indeed the pleasures of everything else in life, run a poor second to the love of playing.

Two women, Jana and Brit, and two men, Daniel and Henry, usually close friends but, on occasion foes, are the book’s central characters. Brit is the second violinist, a beautiful and quiet orphan; on the viola is Henry, a prodigy who’s always had it easy and who in the end is seduced away from the quartet by the lure of a dazzling solo career; the cellist is Daniel, an angry skeptic who sleeps around; and on first violin is Jana, their tough leader. Together they are the Van Ness quartet.

They are knitted together by career, by the intensity of their art, by the secrets they carry and by choosing one another over and over again.

The relationships, both musical and personal are finely told. Brit says of her affair with Daniel, “She had been right, after all. There had been a mutual recognition two years ago, of something mathematical but mysterious between them, seen simultaneously, something totally invisible and unexpected, but natural . . . They told no one, especially not Jana or Henry. It was terrible fun. They played music, silly duets they hadn’t played since their Suzuki days. They got drunk and found videos of famous performances and criticized their technique, rewinding and fast-forwarding, frame by frame. They stayed up late, clawing at each other between periods of dozing, with the frenzy of the first flush of infatuation . . .”

There’s a touch of Hemingway there. Indeed it is fine writing. And there is much more of it, describing the many permutations within the quartet itself, the high stakes world in which they work and the many crisscrossing relationships, professional, critical, and romantic in their dealings outside the quartet. There is a lot of pain as well as satisfaction. They hurt each other, and life outside has dealt its blows.

But none of them doubted for long that it was worth it. “With the quartet, they had to share a goal, distribute the dream between them, and trust that each of them had an appropriate sense of commitment. The commitment had a way of bleeding into their lives off stage, as well. There were so many ways to betray each other.”

Probably every group of musicians has a story to tell, some much more interesting. But the delight of this story is thanks to this young novelist’s imagination and her near perfect sense of pitch. Aja Gabel’s novel makes one want to know more about the making of music, but only if, as she does, it is told in such a sublime way.