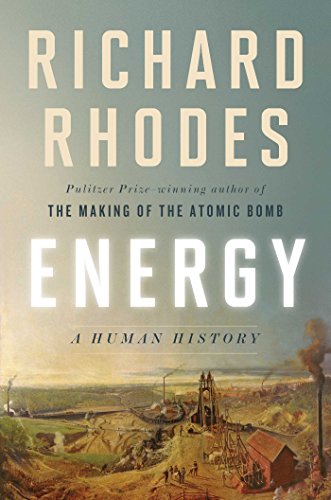 By the beginning of the Great War in 1914, it became clear that the internal combustion automobile was edging out its rival steam cars and electric cars. As manufacturers sought to increase engine power and thereby the speed of the gasoline cars they hit a bump. Engines that pushed harder on pistons created a knocking “ping” sound.

In 1916 Charles Kettering and his younger partner Thomas Midgley made a window on a piston cylinder so they could directly see what happened when it “pinged.” By 1919 they figured out that they needed to raise the level of the fuel’s octane (the level of compression it can take before igniting).

They spent six years searching for a fuel additive. Corn alcohol was too expensive. It would take five times the total amount of US coal production to create enough benzene. Oxygen increased knock, as did chlorine. Aniline worked, but produced an awful smell, as did selenium oxychloride and tellerium.

Then Midgley realized that location in a periodic table used by organic chemists was related to an element’s anti-knock potential. Tetraethyl tin produced pre-ignition knock. Problems showed up with each element until they hit upon their first successful gasoline additive: tetraethyl lead. Since poisonous effects of lead were well known, they labeled their product “ethyl gasoline.”

Midgley became vice president of a company to market the product, not being discouraged by lead flying into his eyes from an explosion which had him flushing mercury in his eyes. Others were not so lucky as lead exposure claimed the lives of two of his lab workers, five Standard Oil Bay workers, and eight DuPont workers between 1923 and 1925.

Multiple states banned sale of ethyl gasoline, prompting a retort from Midgley that car exhaust contained far too little lead to cause concern. Research in 1923–24 by the US Bureau of Mines exposed five animal species to leaded gasoline exhaust and none died. That was enough for New York and New Jersey to lift their bans on leaded gas. Other researchers complained of shortcomings of that study. A vice-president of the new gas company proclaimed that leaded motor fuel was a “gift of God” as Midgley told his partner that they could make 3¢ from each gallon of leaded gasoline in the 20% of the market they could corner.

With God and profits on its side, General Motors pushed for more powerful, faster cars instead of fuel-efficient ones. The 1924 National Auto Show no longer included steam or electric cars. A 1959 request for a 33% increase in the amount of lead per gallon of gas breezed through the US Public Health Services. During these decades, lead in gasoline caused immeasurable damage to human organ systems as well as causing violent behavior from neurological impairment.

This is the most dramatic story from Richard Rhodes’ Energy: A Human History. The story begins with Elizabethan England’s focus on wood, not just for fuel, but also for shipbuilding. Rhodes traverses the transition to coal and many stages in the expansion of steam power. He covers the development of home lighting via whale oil, turpentine from pine forests and gas. Rhodes details research on electricity begun by Ben Franklin and the later electromagnetism which was essential for large scale movement and utilization of electricity.

Much of Energy is a hodgepodge of personality sketches of those having a role in scientific discoveries. Some of the anecdotes are fascinating. When the power of steam was being harnessed to move people and things, a contest determined that a steam locomotive attached to its freight was more efficient than the then popular method of having a stationary engine pull cargo uphill with a rope.

The shock of the book comes after the author completes 18 of his 20 chapters. As Rhodes delves into the most recent of technologies, nuclear power, the reader finds Rachel Carson, Ralph Nader, and Helen Caldicott being compared to anti-humanists such as Thomas Malthus, Paul Ehrlich, and followers of Adolf Hitler. This bizarre connection is based on the writings of one obscure author who predated Carson with a description of destruction caused by the over-reproduction of undesirable people.

Rhodes claims that the environmental movement unknowingly brought “anti-humanist” ideology into its visions of a simpler world. By advocating a society less dependent on complex technology, environmentalists are ostensibly condemning untold millions of impoverished humans to disease and starvation.

The author argues that only nuclear power can save humanity from energy poverty and, thus, rejection of nuclear power is anti-human. What about nuclear radiation? Since radiation poisoning is critical to the discussion, Rhodes reverts to theories of 1926.

He accuses Herman Muller of committing the original sin of radiation theory after his discovery that low doses of radiation caused genetic mutation in fruit flies. Muller developed the critically important “linear no-threshold” (LNT) model that postulates a “linear” relationship between the quantity of radiation received and the likelihood of cell damage, or, that there is no dose of radiation so small that it is without negative effects.

Rhodes’ attempts to discredit Muller have three disturbing characteristics. First, he bases his arguments on character attacks against scientists and environmentalists. Next, he minimizes or ignores large bodies of data.

Third, his arguments lack internal consistency as he repeatedly contradicts information from different parts of his book. For example, he claims nuclear power is “carbon-free energy” but then says nuclear power creates greenhouse gases during “construction, mining, fuel-processing, maintenance, and decommissioning.”

Rhodes borrows his denunciations of Muller from an article by Edward Calabrese, who supposedly unearthed evidence that Muller suppressed research in 1946. During his Nobel Prize acceptance speech, Muller did not acknowledge that he had received a paper for review that Calabrese thinks contradicted the LNT theory. Calabrese’s charge, repeated by Rhodes, is absurd, both because it is ridiculous to think that a Nobel Prize speech would be changed due to one unreplicated finding, and because Muller was later instrumental in ensuring the publication of that paper.

It is currently Calabrese, rather than Muller, who is discredited, largely due to his increasingly weird assertions that acceptance of the LNT theory was due to “falsifying and fabricating the research record.” Calabrese’s objectivity is also called into question by his funding from the nuclear industry and companies such as ExxonMobil, Dow Chemical, and General Electric.

Calabrese’s hostility could also be due to the near-universal rejection of his “hormesis” theory that small levels of radiation could benefit human health. In 2006, Calabrese made arguments for hormesis to the international Committee on Biological Effects of Ionizing Radiation which rejected them in favor of the LNT model. The LNT model is accepted by a long list of agencies and health organizations.

Many researchers have documented effects of low level radiation (LLR) from the various stages of nuclear power production, background radiation, X-rays, and CT scans. Increases in leukemia appears in research on over 110,000 workers cleaning up after the Chernobyl disaster and 300,000 nuclear workers in the US, UK and France. Increases in leukemia among children living close to nuclear power plants shows up in studies in the UK, France, Switzerland and Germany.

Children are particularly susceptible to radiation damage because their tissue is growing rapidly. Chronic exposure to radiation is also linked to multiple myeloma, lung cancer, thyroid cancer, skin cancer, and cancer of the breast and stomach.

Accepting Rhodes’ belief that LLR causes no harm could lead to the elimination of regulations that many argue are already too weak. This brings up the “Precautionary Principle.” It says that if there is doubt about the safety of a substance, the burden of proof that it is safe lies with those who advocate it, rather than burdening those who question it with the responsibility to prove its harm. In other words, “Better safe than sorry.” The phrase “Precautionary Principle” is not even included in the index of Energy, much less discussed. Rhodes’ approach suggests a “Throw-caution-to-the-wind principle.”

When most people think of the danger of nuclear power, the disasters of Three Mile Island, Chernobyl, and Fukushima come to mind. Rhodes glibly dismisses all three as accidents that need not have happened had people been more careful. In other words, if humans did not behave like humans, there would be no nuclear disasters.

Rhodes belittles concerns regarding nuclear waste, proposing to bury it for 1000 years and let our descendants cope with it. Of course, most people do not want to encumber their grandchildren with the legacy of leukemia. Again, the author forgets what he wrote in a previous chapter, that the half life of U238 is 4.5 billion years.

The difference between Rhodes’ early warning against nuclear proliferation and his ringing endorsement of the same at the end is just one of his contradictions. More serious is the contrast in tone, style and conceptualization in the two portions of the book. In the major part of his work, Rhodes repeatedly describes government agencies’ covering up evidence that threatens corporate profits. But in the final chapters, government agencies are recast as an interlocking conspiracy to block the nuclear industry from completing its humanitarian goal of providing cheap, clean energy to the world’s poor.

More subtle is the way Rhodes hints at energy conservation before ditching the idea in his conclusion. He describes the way that James Watt improved the steam engine by relocating the condensation process in order to save energy. Later, he seems about to expand the idea of conserving energy, noting that many “began to question if growth was good.” This question would challenge the popular assumption that a quality life comes from possessing an increasing number of objects and proposes that energy abundance can best be resolved by using energy more efficiently to produce goods that endure. Rhodes never follows this dream and, instead, concludes his book by swallowing the “Happiness—More Stuff” model hook, line and sinker.

Failing to explore the potential of conserving energy, Rhodes accepts that increasing energy can only be provided with nuclear power and follows in the footsteps of those he criticizes. Like Thomas Midgley’s portrayal of “fanatical health cranks,” he describes icons of the environmental movement as “extremists.” Mimicking Calabrese’s characterization of consensus on the LNT radiation theory as “not real but faked,” he describes the “disingenuousness” of antinuclear activists. Rather than pointing to a solution for climate change, his radiation denial mirrors Donald Trump’s climate denial in its derogation of scientific research and its personality attacks.

The great environmental challenge of our time is to understand that the many sources of biodestruction are all interconnected and must be confronted simultaneously, rather than disparaging one danger to focus on another. Addressing species extinction could not move forward by ridiculing concern with toxic pollution. The extreme threat of climate change will not move closer to resolution by trivializing the menace of nuclear power. Rhodes’ book Energy epitomizes what environmentalists should avoid–it does not chart the path that humanity should tread.