The End of San Francisco 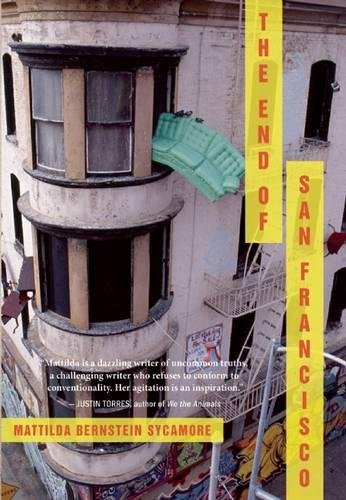 “. . . an important socio-historical account by someone who’s been there and done all that.”

Not so very long ago, San Francisco was seen as Mecca for gays and lesbians, a magical city that had a tolerant attitude and even a gay city supervisor! Activists, wannabe activists, and just plain gays flocked to Sodom by the Sea, wanting to hold hands with their loved one while walking down the street.

In The End of San Francisco the author hears the siren song and runs headlong into San Francisco in search of a world not merely more gay friendly but also to be with other queers who also wanted more.

Those rowdy yet halcyon days are recounted in this memoir. Not all of the story takes place in San Francisco, but it’s in that city the author finds hope, and a sort of love—before the dot.com boom ruins it. The gender fluid protagonist may regret never really syncing up with her friend Elyse (not great to both be high at the same time—who remembers to do the cooking and or laundry?) but doesn’t regret doing drugs or having sex for money.

It’s okay for everything to be on the table as long as you can find enough drugs and a place to dance.

But gay people are not a homogenous bunch united by their partnering with same sex lovers. Queers, like straights, inevitably came down on different sides of issues, e.g. should meetings about direct action be governed by majority rule or consensus? The community starts pushing and pulling, the infighting intense because everyone thinks his or her point of view is the most important.

It’s exhausting to read about it let alone live it.

Ultimately no one is able to pull together even a sliver of the utopian radical queer community so many had dreamed of.

But if that era and those provocateurs had not existed and served as pioneer activists, would America have lesbian TV hosts or the Supreme Court hearing a case on equalizing the gold standard of respectability: marriage?

The End of San Francisco recounts both joyful days and dark nights, and it’s an important socio-historical account by someone who’s been there and done all that.