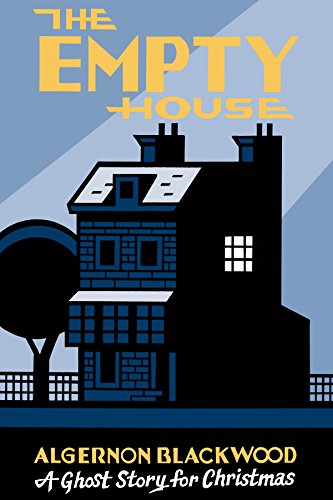 Halloween might seem like the spookiest time of the year but Charles Dickens, M. R. James, Edith Wharton, and other literary greats felt otherwise. They were among the many authors who set their most terrifying stories during the dark and chilly days of Christmastime. Reading a ghost story on Christmas Eve was once as much a part of traditional holiday festivities as turkey, eggnog, mistletoe, and Saint Nick.

“These winter tales did not necessarily explore Christmas themes in any manner. Rather, they were offered as an eerie pleasure to be enjoyed on Christmas Eve with the family, adding a supernatural shiver to the seasonal chill.”

In 2016, Biblioasis, a Canadian independent bookstore and publishing company based in Windsor, Ontario, revived this custom with the release of their first collection of four miniature classic Christmas ghost stories entitled Seth’s Christmas Ghost Stories. Seth is the pen name of Gregory Gallant, a Canadian cartoonist and illustrator best known for his series Palookaville and his mock-autobiographical graphic novel It's a Good Life, If You Don't Weaken (1996). His illustrations have appeared in the New York Times Magazine, McSweeneys Quarterly, and The New Yorker. He is also Lemony Snicket’s partner for the new Young Readers series All the Wrong Questions.

Biblioasis is continuing their successful tradition in 2017 with another set of Christmas Ghost Stories that are selected and illustrated by Seth. This year’s collection features standalone classic short stories by Algernon Blackwood (“The Empty House,” 1906), E. F. Benson (“How Fear Departed the Long Gallery,” 1912), and W. W. Jacobs (“The Toll House,” 1909).

In “The Empty House,” Aunt Julia is an elderly spinster with an obsession for supernatural research. She has the keys to an alleged haunted house on the square and invites her nephews to accompany her on a midnight investigation. What really happened a hundred years ago when a servant girl fell to her death? Eerily, the old house may not be as empty as it appears.

“Certain houses, like certain persons, manage somehow to proclaim at once their character for evil. In the case of the latter, no particular feature need betray them; they may boast an open countenance and an ingenuous smile; and yet a little of their company leaves the unalterable conviction that there is something radically amiss with their being: that they are evil.”

The reading of these types of scary tales during the holiday season was a tradition that dates back to at least the 18th century and was at one time as common as decorating the tree or singing carols.

Biblioasis’ Seth’s Christmas Ghost Stories series has done an outstanding job of attempting to revive this forgotten custom. These charmingly illustrated classic short stories are sold separately and will make the perfect stocking stuffer for any literary enthusiast on your gift buying list who desires a little scare to go along with their holiday revelries.