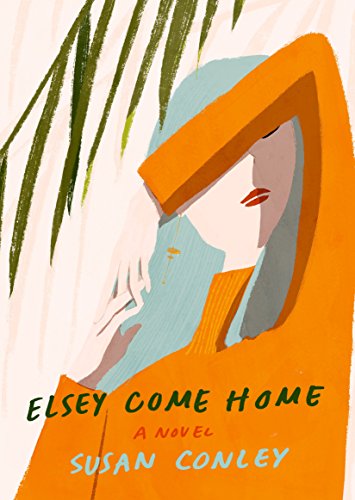 "quite a nicely baked short yarn, rather than a novel, but written a bit like a soufflé, rising in the oven but when eaten there isn’t that much substance."

This is rather a thin story in a thin book, yet it tells an uplifting tale of an alcoholic American woman who eventually pulls herself out of it, thanks to a retreat organized in the hills, three hours drive from Beijing, where she lives with her Danish husband and her two children.

They live downtown in a high-rise “near the most gigantic train station.” Her husband is a successful musician. She’s a painter.

Her drinking problem puts her at odds with her doting husband. “I can’t fully account for it, but I will say that it didn’t feel like anything really happened during those days until I had a drink.”

Her husband has found out about this retreat and encourages her to go, but is careful, with her fragile temperament, not to push. She hesitates for a while, not least because she can’t bear leaving her small children, even for a week. The youngest cries every time she goes out, so tight is the bond.

All except two at the retreat are foreigners. The leader is Justice, who has hair down to his waist and is the lead singer of a metal thrash band called We Can’t Stop Kissing One Another. He is also the owner of the yoga station in Beijing; yoga is what he gave these twelve assorted alcoholics, plus his talks. “Once upon a time,” Justice tells them, “there was a great Daoist philosopher named Zhuangzi who fell asleep by a river and dreamt he was a butterfly, flitting from leaf to leaf. When the philosopher woke he didn’t know if he was a man dreaming he was a butterfly or if he was a butterfly dreaming he was a man, but he didn’t worry about the distinction. This is what I want from you here,” he said. “To become a butterfly.”

“I sat up and nodded, but really I had no idea what he was talking about. I just knew I wanted to be like him. Calm.”

She spends a week in the yoga classes and talks, chatting with the group about their problems, visiting the high villages and climbing in the hills. She gives up drinking on the first day.

Much of the book is also a bit of a ramble in the hills with long digressions such as her operation in Hong Kong and about her woman friend she brings home from the retreat, surprising her husband who said he doesn’t have enough food to feed an extra person that evening.

She manages to stop drinking but then starts to do rather bizarre things—like, with barely any notice to her husband, jumping on a plane with her girls to visit her sister and mother in America. And so it goes on with another digression about her eldest daughter falling rather ill.

We never find out how the rest of her life goes. Nor do we know if she becomes a really good painter. Yes, it’s quite a nicely baked short yarn, rather than a novel, but written a bit like a soufflé, rising in the oven but when eaten there isn’t that much substance.