Elizabeth & Margaret: The Intimate World of the Windsor Sisters 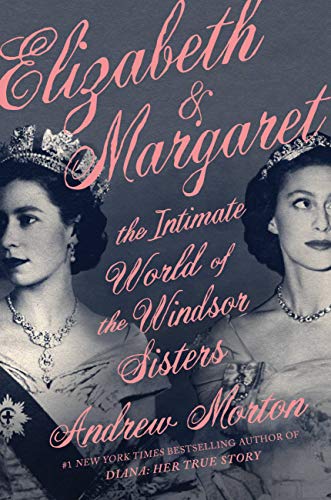 The clichéd assessment “compulsively readable” seems the most appropriate response to Andrew Morton’s 385-page book on the Windsor sisters, Elizabeth and Margaret. Much of this material will already be familiar, though perhaps given a different twist, to devotees of the Netflix drama The Crown, referenced critically here.

Morton is also conscious of the parallels (good royal: bad royal) between the situation of the Windsor sisters and that of Princes William and Harry, the latter most recently exposed in the interview of “the Sussexes” by Oprah Winfrey. The renewal of interest in the late Duke of Edinburgh is too recent to have been reflected, but we do learn that Philip forbad the staff to serve Margaret her breakfast in bed as was her weekend wont. Is this a case of bad on bad?

From their earliest years the sisters’ positions were clearly established: Elizabeth dedicated to duty was her father’s “pride” and Margaret dedicated to pleasure was her father’s “joy.” Margaret’s education was negligible, a fact that she resented and later compensated for by her involvement in ballet and the theater, while her classically educated sister preferred horses, dogs, and stags. Morton includes Prince Philip among the hunting trophies bagged.

The biographer appears to have had extraordinary access in terms of intimate stories and winsome quotes, though as a non-watcher of the Crown the reviewer cannot judge which will come as a complete surprise. What came as a surprise were revelations about the volatile behavior of George VI (aka Colin Firth) with his “gnashes”; and the fact that he appears to have been so very ill before his doctors were aware of it.

The story bounces along in a language alternately stilted and slangy, well- suited to its main subject Margaret, known not only for her “sex twinkle” (Cecil Beaton), but also for her haughtiness faced with any signs of familiarity from the lower orders.

Another royal trophy for Mr. Morton! Who can possibly be next?