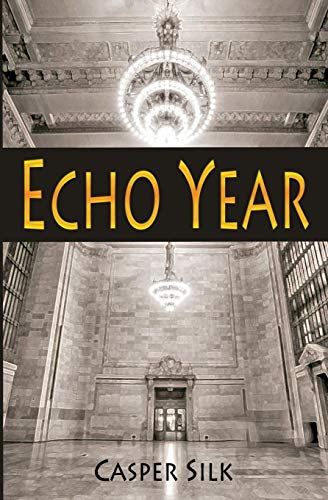 Who hasn’t dreamed of a life in the perfect French chateau and all the enjoyment one expects to come with it?

That was the dream electronics magnate David Crown had when coming to France along with his demented mother Miriam and bookish girlfriend Rowena. Unfortunately, it’s not too long before that same dream disintegrates into a nightmare he could never have envisioned when starting on his journey from England: a journey of mayhem, betrayal, and eventually murder.

On a car outing in a nearby French town, he stops to familiarize himself with street names, when he accidentally stumbles across a sign; a sign that is about to turn his perfect world of splendor upside down: Synagogue Bet Shalom, 1837.

For some reason the name seems to hold him in an almost hypnotic trance:

“His hand rose of its own volition to touch the raised lettering, to follow its curving trajectory the way a blind man reads Braille. The building, its stone façade weathered, its doors wide and windows tall, was not an impressive piece of architecture by any means but coherent, solid.”

Curiosity soon captures David’s imagination, and he steps inside, via an opening in the iron bars surrounding the old place, only to discover he is not alone. A young man in a motorcycle helmet is pacing nearby, smoking. As soon as the young man spots David, he snaps the helmet’s visor down, and stands menacingly still.

Feeling something may not be quite right, plus the fact he is trespassing, David decides to make a speedy exit, only to be grabbed by the shoulder as he attempts to go through the bars.

Before he realizes what is happening, he is being assaulted by two assailants, the young man and an associate. David does his best to fight back, and is able to break free momentarily, only to be battered by the pursuing attackers, this time hurling anti-Semitic remarks at him.

Knocked unconscious for a short period of time, David finally comes to, only to find himself surrounded by flames. Someone has set fire to the old synagogue, not caring if he perishes in the flames. Suddenly, out of the flames comes a figure clutching an item, and hands it quickly to David with the firm instruction of not allowing it to fall to the ground.

The figure then runs back into the flames, leaving a mystified David to look more closely at the item. It’s a copy of the Torah. Someone eventually takes it from him, leaving him with the contradictory feelings of relief and guilt; a guilt he has tried to camouflage but will revisit him again and again over the coming weeks.

Eventually the law catches up with the attackers, and they are put in prison. It turns out they are brothers. Bizarrely, David then begins a jail correspondence with the younger of the two, and offers him friendship and the opportunity to start anew once he has served his time.

David Crown will soon discover that no good deed ever goes unpunished, especially in a town where racism and intolerance are ready to explode like twin bombs. . . .

Echo Year is filled with zany characters, intrigue, sex, double-crossing and murder. All the ingredients for the perfect recipe of an excellent page-turning thriller. But it’s the writing throughout which holds the reader spellbound, masterfully rendered by a sure-hand and an observant-eye for detail.