The Dylanologists: Adventures in the Land of Bob 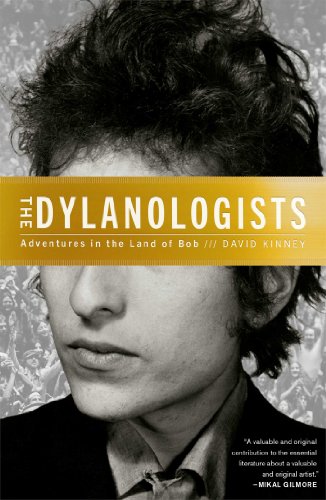 “Indeed, the saddest figure in The Dylanologists turns out to be Dylan himself.”

“Stick with me, baby / stick with me, anyhow
Things should start to get interesting right about now.”
—Bob Dylan, “Mississippi”

During this year’s otherwise unmemorable Super Bowl, viewers hanging on for the commercials were unwittingly treated to something extraordinary: a gravelly voice belonging to the improbable figure of Bob Dylan shilling for Chrysler. “Let Asia assemble your phone,” he warbled. “We will build your car.”

Were this ad narrated by anyone else, it would be just another piece of slick salesmanship reliably playing on our nationalist pride. But this was Bob Dylan, countercultural spokesman asking with no trace of irony, “Is there anything more American than America?” Surely this must be some kind of next-level humor? A postmodern meta-commentary? A practical joke?

That one even goes through these mental gymnastics to justify what was more likely a straightforward example of a celebrity getting paid is yet one more reminder of what Dylan fandom entails. It is a phenomenon that requires participants to place every action Bob Dylan takes into an elaborate context of deeper meaning and myth-making.

There have been plenty of rock bands with their share of obsessive fans, but none of them—not the Beatles or Stones, not Springsteen or Hendrix, not even the Grateful Dead—can hold a candle to Bob Dylan’s legion of disciples, who have been hunting down and interpreting their chosen one’s every recorded utterance for more than 50 years.

For most of us, it is enough simply to admire the songs, a substantial amount of which remains essential to any music lover’s library. We can listen to “It’s Alright Ma” or “Tangled Up in Blue,” awestruck by the singer’s obvious genius without having to adopt them (or him) as a personal life philosophy.

It is the other people, the full-fledged converts who get their due in The Dylanologists, David Kinney’s affectionately engaging valentine to the true believers and a cautionary tale for everyone else.

A nascent Dylanologist himself, Kinney writes with a certain authority about these “pilgrims” who wander happily “down the rabbit hole” in search of . . . well, what exactly? Unreleased recordings? The meaning of life? What “Visions of Johanna” is about?

To be sure, most of the diehards are benign enough, such as the couple in Dylan’s hometown of Hibbing, Minn., who have opened up a Dylan-themed restaurant where you can order the “Simple Twist of” sirloin. Or the folks (yes, they’re out there) whose lives were genuinely saved by the largely forgotten music of Dylan’s born-again phase of the late 1970s.

You even have to admire the hardcores who, immediately following a Dylan show, park themselves on the street to be first in line for the next night’s show (a practice that rankles Dylan so much that he occasionally orders his staff to bring casual fans up to the front, so he can finally see some new faces staring back at him).

What separates Dylan fanatics from others is the depth of the obsession, as in the case of Bill Pagel, a collector who graduated over time from acquiring flyers and set lists to Dylan’s high school yearbooks. Then, after he moved to Hibbing, he scored a real find: Dylan’s infant high chair. And as Kinney astutely observes, “once you own Bob Dylan’s high chair, it becomes easy to rationalize any other purchase,” it makes its own strange sense that when Dylan’s birth-home in Duluth went up for auction, Bill was right there to place a bid.

The most fascinating part of the book covers the fierce debate raging in Dylan circles about the singer’s late-career forays into plagiarism. Ardent Dylanologists, aided by the instant treasure map that is the Internet, discovered that much of what Dylan has written over the last 15 years has been appropriated from existing texts, jumbled up, and spit back out into Dylan-ese, forming a “modernist collage.”

On one side of the spectrum is Dylan fan and poet Roy Kelly, who views his hero’s cut-and-paste technique as nothing less than a personal betrayal. “What did we praise him for then?” the apostate fan asks now.

But on the other are folks like novelist Jonathan Lethem and super-fan Scott Warmuth, whose new life’s purpose quickly became excavating every line of Dylan’s acclaimed memoir Chronicles for its rich and varied references, ranging from Elizabethan poetry to New Orleans travel guides, declaring it “the Da Vinci Code of rock ’n’ roll.”

As easy it would be to mock these people for devoting their entire lives to a rock singer, Mr. Kinney portrays them with great sympathy, and the reader may well feel a begrudging respect for their dedication. In their eyes, they are “custodians,” ensuring and preserving the legacy of possibly our country’s greatest cultural export.

Indeed, the saddest figure in The Dylanologists turns out to be Dylan himself.

He began as something of a proto-Dylanologist, following Woody Guthrie around with similar zeal in the early ’60s, adopting his folk hero’s Oklahoman twang, even sitting in Guthrie’s hospital room singing him songs. But Dylan soon figured out that such idol worship was a dead end, at which point he began the next of his many transformations (Kinney identifies 14 distinct phases of Dylan’s career).

But since then, he has paid in full the cost of the relentless scrutiny and identity-shifting: a 72-year-old multimillionaire who has not been off the road for 25 straight years, Dylan has had phone conversations secretly recorded and bootlegged, has had his trash rooted through for unidentified Holy Grails, and has come home to find post-coital fans sleeping in his bed.

Such behavior invites questions about what these fans—if that’s even the word for them—are searching for, what they would do if they found it, and raises deeper questions into the nature of fandom itself: Why do we so willingly give ourselves over to other people who project the right image? What does it mean for the recipient of this idolatry? And what happens when the idol inevitably disappoints?

These are difficult questions, perhaps unanswerable, and as thoroughly reported as his book is, Kinney does not really address them. It’s not clear that he can. The author seems to acknowledge this, quoting playwright Sam Shepard on tour with Dylan in 1975: “Fans are more dangerous than a man with a weapon because they’re after something invisible. Some imagined ‘something.’ At least with a gun you know what you’re facing.”

Michael Pucci is a reference librarian at a public library in New Jersey and has written about popular culture for several publications. His favorite Bob Dylan album is either Nashville Skyline or “Love and Theft.”