The Dutch House: A Novel 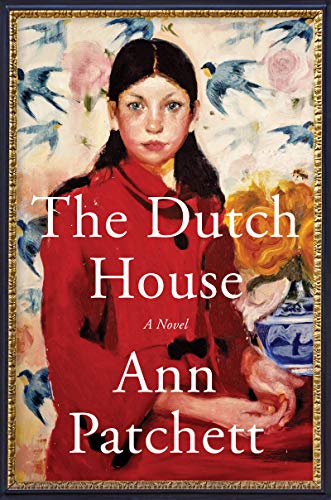 “This finely textured novel is made up of many . . . small, intimate moments, yet the effect is sweeping, grand, and lavish—and all deeply moving.”

When we revisit the places of our childhood, they invariably seem smaller than we remember. Partly because we were small and the world large. But also because our imaginations expand those old places. Reality can’t live up to our imaginations.

Danny Conroy, the narrator of Ann Patchett’s lovely new novel, The Dutch House, provides the perfect vehicle for illuminating these tricks of memory. His dad distant, his mom gone, Danny has little sense of his personal history. He doesn’t even know that the two caretakers he’s known all his life are sisters. He must rely on his older sister, Maeve, who looks after him, to fill him in on family history, to teach him about the stately place in which they were raised, the Dutch House.

Even with his sister’s nurturance, he’s never quite sure where he belongs, made plain by this exquisite passage: “There are a few times in life when you leap up and the past that you’d been standing on falls away behind you, and the future you mean to land on is not yet in place, and for a moment you’re suspended, knowing nothing and no one, not even yourself.”

In fact, Patchett flashes back and forward throughout the book, mirroring Danny’s feelings of suspension, which is an effective and brilliant device. And as the years pass, past, present, and future come together for each of these characters through their connection to the Dutch House. They are defined, for good or ill, by their relationship to the house. Even after they’ve moved away, the old haunt continues to anchor them. But no two characters view the house in quite the same way, which is unquestionably grand. But is it beautiful? Gaudy? Pretentious? Is it home?

By the end, as with all good novels, we don’t view the Dutch house in quite the same way because the characters don’t view the house the same, which is both heartbreaking and satisfying.

All these rich ideas require a vibrant voice, and Danny’s resonates. While sitting in school one day, someone knocks to summon him. He thinks, “No one comes into the middle of geometry and tells you to get your things because you’re going to be a starter at the next basketball game.” His response—wry, resigned, bemused, sad—precisely captures what it feels like to live a life.

In the car with his sister, Danny tells us, “The snow came steady and soft as the last light of day was folded into the clouds. . . . She smiled at me then, cranking the window down just far enough to let in a shelf of arctic air.”

This finely textured novel is made up of many such small, intimate moments, yet the effect is sweeping, grand, and lavish—and all deeply moving.