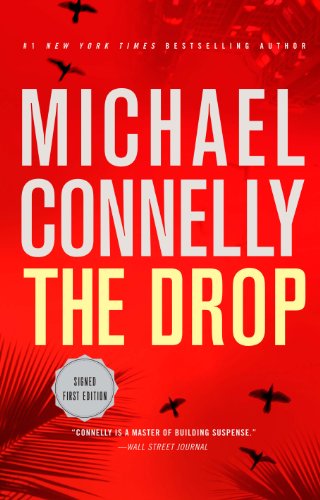 David Blake is no gangster—or so he likes to tell himself. He’s convinced that he’s just a white-collar criminal, working for ruthless crime boss Bobby Mahoney, enjoying the good life while the money keeps on pouring in. Trouble is, a big chunk of that money has just gone missing, along with Geordie Cartwright, and Blake is getting the blame.

Has Geordie done a runner with The Drop or has a rival gang killed him? As Blake goes deeper into the Newcastle underworld, a seedy and violent place filled with dodgy clubs, pubs, lap-dancing bars and brothels, he slowly starts to uncover the truth: there’s a rat in Bobby’s crew and someone else is planning a take-over.

Meanwhile the Serious and Organized Crime squad and an ambitious D.I. are both closing in on Bobby Mahoney. It’s just a matter of time before he’s finally nicked (arrested) for good. Blake must uncover the truth before it’s too late for them all.
If that were not enough for Blake, he has to choose between his girlfriend, the beautiful lawyer Laura, and the impossible-to-resist Sarah, his boss’s gorgeous young daughter. Forget about the criminal outlaws he hangs with. Sarah might just be the most dangerous person in his life right now, if her dad finds out.

In a desperate and bloody finale, Blake has to make an agonizing choice and someone has to pay the ultimate price in The Drop.

It’s easy to see that Blake is out of his league big time when it comes to being one of the real big time big boys—hard-as-nails gangster-dogs—most of whom have little or no respect for the swaggering pup. He has just 72 hours to find not only the missing money but also those responsible for its disappearance. If he fails, he is the one due to disappear next, and not in a good way.

Blake is an exceptionally thought out anti-hero of sorts, with sardonic wit and just enough bad luck in his pockets to keep him running on empty. A paradox criminal who detests criminal acts—at least those involving violence. Supporting characters consist of Finney, the take-no-prisoners enforcer; Blake’s brother, Danny, a reclusive and traumatized former Paratrooper in the British Army; Sharp, Blake’s own insider on the local police force; and not forgetting the Gladwells, a top crime family from Glasgow planning to take over the Newcastle ‘business’ and to hell with anyone daring to disrupt that bloody plan.

The Drop is a good old-fashioned gangster story, brought up-to-date by Mr. Linskey’s gritty and realistic writing. Author Linskey has done for Newcastle what Ian Rankin has done for Edinburgh. The city of Newcastle’s background is a stark, seedy, warts-and-all wasteland authentically rendered. His description of the city may not win him too many fans from that particular part of northern England, but should gain him major recognition from crime fans everywhere else. The writing is as fast and furious as a well-oiled machine gun. This alone is impressive, but he also possesses a talent for character development that elevates the story to a new level.

An impressive and intelligent début from an author willing to give the reader respect rather than a carbon copy of so many mediocre crime books lining the shelves of bookstores everywhere.