A Dress for the Wicked 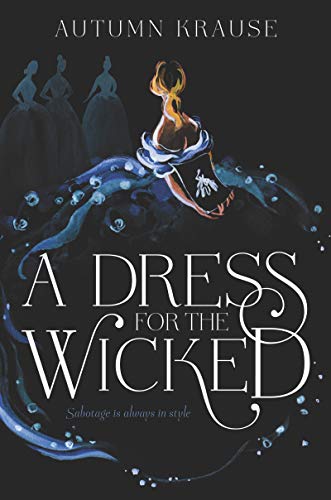 “This book is highly recommended for anyone who enjoys smart plots, fashion, historical fiction, and a varied group of fascinating supporting characters.”

“Growing up, the rector of our parish told me, ‘Don’t judge people by the way they dress. There can be angels in rags and demons in silk.’ My mother encouraged me to listen to him in all things—except this. She had an entirely different opinion on the matter of people and dress. ‘Clothes tell you everything about a person, Emmy,’ she said.”

To Emmy Watkins, a country girl who lives in a pub in the small town of Shy, clothes themselves are everything. Ever since she was a little girl, she’s dreamed of designing dresses, and of the feathers and buttons that accessorize them. Now, she has her chance to show the world what she can do. The Fashion House, Madame Jolene’s clothing line which has the favor of the Crown and the country, has opened its prestigious Interview competition to one girl from the country. Emmy is determined to be that girl and sneaks away from her mother’s pub to apply.

“’What is your name?’ the man asked, bending forward to see me better and making his pocket watches sway in unison. As he came closer, I could see that his jacket was embroidered with silver thread that wound its way over the fabric in crooked swoops. If this was how people dressed at the Fashion House, then I belonged there—not in Shy, where one was often elbow-deep in dishwashing water or wielding an edging iron through the vegetable garden.”

Emmy talks her way into the competition, and soon finds herself in the city, where she is thrown into the whirlwind of design challenges, selfish competitors, and the intimidating sneer of Madame Jolene. Emmy knows she has the creativity and will to succeed, but it seems everyone—and everything—is against her. When two of her sketches are destroyed before a challenge, she realizes she is not just a threat to one of her competitors—she could actually be in danger.

Emmy learns how to keep her work safe, but soon comes to the knowledge that Madame Jolene has no intention of allowing her to win the competition, no matter what kind of talent she shows. With the help of Tristan, a sweet and very handsome reporter, Emmy begins to make her own plans. Will she succeed? Or will she be sent home in shame?

A Dress for the Wicked is a beautifully-written book with lavish descriptions of an imaginary Victorian-style world. Emmy is spirited and clever, while also kind and vulnerable. This book is highly recommended for anyone who enjoys smart plots, fashion, historical fiction, and a varied group of fascinating supporting characters.