The Dream Daughter: A Novel 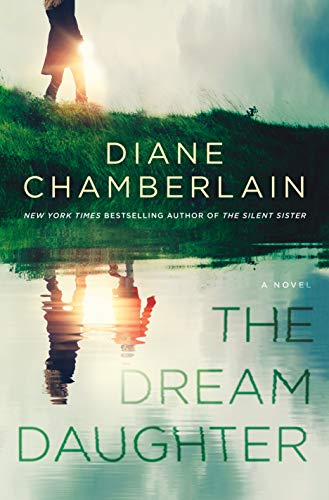 In The Dream Daughter, time travel, the Vietnam War, North Carolina, and the modern digital world are all backdrop for a mother’s connection with and devotion to her unborn child. The author, New York Times bestselling writer Diane Chamberlain, creator of a plethora of novels, knows how to construct plot. In this story, plot centers around the rules and possibilities of time travel and plays the reader against a young mother’s natural instincts for her unborn child.

Carly Sears, who is recently widowed by the Vietnam war, learns that the unborn child of her ill-fated union has a birth defect, a heart complication, and because of this, will die shortly after she is born. It is 1970, and technology is not yet developed to give Carly any hope. Although Carly stubbornly refuses to acknowledge that her daughter will probably die shortly after birth, when she finally admits the possibility, her brother-in-law, a brilliant physicist, tells her that he can send Carly time travelling into the future where she could at the very least, hope for a cure. Carly responds just as stubbornly with disbelief and consternation, repeatedly ranting at Hunter that he’s crazy. It’s a predictable response for Hunter to play against and the author gives this feeble resistance too much space before Hunter convinces Carly—by forecasting the shootings at Kent State before they happen—that he’s telling the truth. He really is from the future, and he knows his way around this tricky time travel thing.

Once Carly is on board for the scheme, the plot picks up. She literally leaps into the future, landing in Princeton in 2001, where she meets Hunter’s mother, who is the scientist at the breaking edge of time travel.

Chamberlain’s time travel “rules” say that time travelers cannot communicate across the years, and so there are a few mysteries that are mentioned for later resolution: Myra, Hunter’s mother, does not know where her son is (living happily in 1970) and Hunter doesn’t know what happened to his mother who went on the fifth, and forbidden trip and was never heard from again.

Myra does not expect to see Carly at her doorstep but gives her all that’s necessary to move around in 2001; passport, cell phone, a credit card, health insurance, and instructions her to bring herself up to speed on the history of the world since 1970.

The reader hears Carly thoughts about how lonely she is without her husband, how concerned she is about her beautiful daughter. Myra is a somewhat stern scientist so there’s not a lot of solace there. It’s somewhat entertaining to compare the two years, 1970 and 2001, and it’s fun to imagine Nags Head, North Carolina, where Carly originates.

Hunter equips Carly with “portals” for her to return to Nags Head in 1970, after her baby is born in the future. However, Carly must let them all slide by except one, because of complications her daughter endures in hospital. Carly realizes that because there is no communication with anyone from another time period, she’ll be stuck in 2001 if she doesn’t take advantage of the last portal, never again to see her sister, her nephew, or Hunter.

The day before the last portal, when Joanna, her baby, comes down with a mild fever, Carly decides to leave her behind in 2001 in the hospital. She hopes to return the next day, but of course so much can go wrong. So much does, and for Carly’s reunion with her infant daughter, another trip into the future, Hunter thinks he has accidentally sent her to September 11, 2001. 9/11.

The plot holds more interest than the protagonist, who comes across as simply an Everywoman, sorrowful and lonely now that her husband has been killed, worried and motherly when bonding with her unborn daughter. The link with her Vietnam-killed spouse seems thin throughout the novel as most attention centers on time travel, its rules, its revelations, and the main character telling the reader that she feels lonely, that she loves her daughter to distraction. When and how is she going to get back to 1970 and her former life?

It’s only after Carly accidentally arrives in the future of the future that the reader can begin to admire this main character, and therefore care what happens to her. Despite that, the plot moves along with just enough left unsaid; around every corner there is a question that must be answered: What is going to happen? In the end, it’s a satisfying ride with wonderful twists and turns, and finally, a mature acceptance of life and love—with or without time travel.