The Dollhouse: A Novel 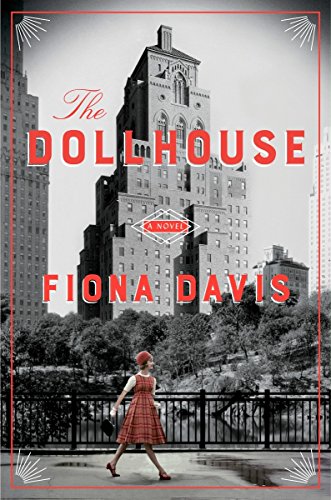 The Dollhouse—in this novel and IRL (in real life)—was a nickname for the famous Barbizon Hotel for Women, a New York City institution that provided a safe haven for single women from 1927 until 1981.

It was a rite of passage for certain young ladies new to New York, and the list of former residents who later became famous is a who’s who of 20th century American life: Joan Crawford, Grace Kelly, Liza Minnelli, Cybill Shepherd, Candice Bergen, Joan Didion, and Betsey Johnson.

In her classic novel The Bell Jar, Sylvia Plath memorialized her own brief and unhappy stay there, dubbing the hotel “The Amazon.”

Clearly, the real life Barbizon or “dollhouse” had a rich vein of history that Fiona Davis mines to full advantage in this clever debut novel. Davis, a former journalist, tells the story of two fictional women staying at the Barbizon. The chapters alternate between the story of Darby McLaughlin, a plain Jane who moved to the hotel to attend secretarial school in 1952, and Rose Lewin, a journalist who inhabits a luxury condo in the present day with her boyfriend Griff.

The two stories overlap when Rose, in a chance elevator meeting, becomes obsessed with Darby, who by 2016 is a senior citizen still living in the hotel on the floor reserved for the rent stabilized tenants. When Rose expresses curiosity about Darby, a doorman with loose lips is only too happy to fill in the details.

The doorman says Darby always keeps her face covered (she’s kind of a Sia-type character) because of scars she suffered in a contretemps with another woman who fell or was pushed off a hotel balcony in 1952. The hotel management at the time kept it everything hush-hush, the doorman says.

Dangling a story like this in front of an increasingly desperate journalist like Rose drives her a bit crazy and she becomes obsessed. Rose sets her mind on telling that story no matter how many roadblocks. There are quite a few as it turns out but nothing—certainly not journalistic morals—can stop Rose.

Davis tells the story in functional prose that gets the job done, but that’s not a problem because Davis’ plot is the thing. It’s clever and full of twists and it’s very hard to put this novel down. It’s a simple idea but very well done, a story well told.