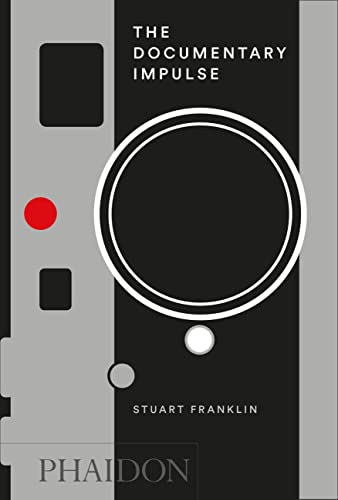 Painters, writers, and photographers have long used their art to document the evils of their time in order to bring about social or political reforms. In Britain, William Hogarth’s The Rake’s Progress and Gin Lane in 1751 documented, respectively, the conditions of mental institutions and the widespread abuse of gin, and were highly influential in spurring societal changes.

Stuart Franklin’s The Documentary Impulse begins by questioning “What is documentary?” and draws distinctions between a “moral truth” and a “material truth,” and how at times a more powerful and visceral impact depends on intimacy rather than actuality. One example given is the staged walrus hunt in filmmaker Robert J. Flaherty’s Nanook of the North (1922), and how it leads us to draw conclusions as to what actually occurred.

The author also examines why photographers document the vestiges of vanishing cultures, as in the work of Edward S. Curtis with native Americans (from 1906 to 1930), and tackles how preconceived ideas of cultural mythos can cloud the process of objective documentation, the false premise of documenting cultures from an inherently racist point of view, and the challenges of documenting war and famine within the context of photojournalism.

Franklin adeptly explores the cumulative impact of staging and manipulative photography through references to Leni Riefenstahl’s film The Triumph of Will; Robert Capa’s Falling Soldier, 1936; Werner Herzog’s manifesto, “Minnesota Declaration: Truth and Fact in Documentary Cinema”; as well as TIME magazine’s founder, Henry Luce, and his philosophy of “fakery in allegiance to the truth.”

The Documentary Impulse is a wide-ranging passionate exploration that covers many periods of photography and delves into the why and how we are driven to document the world around us.

The images are printed on high quality medium-weight matte paper, in color or black and white as originally intended.

Stuart Franklin is a photojournalist with an outstanding body of work, and his opening statement, “Photography (and journalism) practiced respectfully has the power to educate us all towards the greater understanding of, and empathy with, others,” is fully borne out by the book.