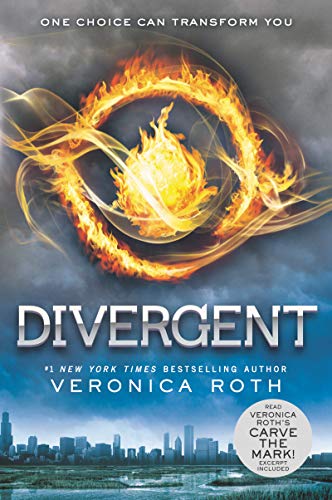 Divergent is the debut young adult novel of Veronica Roth, a young adult herself at the ripe age of 22. She’s riding the wave of the current trend in young adult fiction and written her first book of a dystopian trilogy.

The story takes place in Ms. Roth’s native Chicago, but it’s not the Chicago we know of today. The 16-year-old protagonist, Beatrice Prior, lives in a Chicago world in which society is divided into five factions. These factions each represent a particular virtue and its adherents subscribe to that virtue as the guiding force of their lives: Dauntless (the brave), Candor (the honest), Amity (the peaceful), Abnegation (the selfless) and Erudite (the intelligent).

Each year, all 16-year-olds decide which faction they will commit themselves to for the rest of their lives. They have the choice to remain where they originate from or chose another. Beatrice contemplates who she really is and what she wants out of life and makes a surprising decision. It is at this time that she changes her name to Tris.

Selecting a faction is only the beginning. Then an extreme competition ensues. Failure could mean being faction-less, which is almost a fate worse than death: belonging nowhere at all.

As Tris plays hard to win, to endure the intense challenges—both physical and mental—she discovers surprising things about herself, things that could save her and the ones she loves or be her very destruction. She struggles to know who she can trust—and that includes members of her own family. Of course she knows she has to be wary of the faction leaders. What she cannot anticipate is an unexpected romance with an exasperating boy—one who has more in common with Tris than she could have ever imagined.

Many dystopian novels endeavor to be the next Hunger Games or at the very least, recall those same sensibilities. Divergent may come close to accomplishing that feat. Veronica Roth has managed to take the dystopian genre in a fresh and original direction. The story elements don’t feel rehashed or warmed over. The premise of the five factions and the intriguing names used to define them brings a distinct element to the subgenre.

The story is high concept. Ms. Roth excels at characterization. The major characters as well as the relatively minor ones, have discrete and vivid personalities and mannerisms. The prose is tight and pulls the reader through the story to discover where the intriguing plot points are going to lead and how they’ll play out.

The author skillfully balances intense action scenes with the emotional internalization of the characters that brings breadth and depth to the story. The story compels readers to consider which of the five virtues best describes themselves and question the society we live in, for even among the most virtuous, things are not always as it would appear.

Veronica Roth is a young author to watch, not only for the next two books to come as this fascinating trilogy continues, but also for her future literary endeavors.