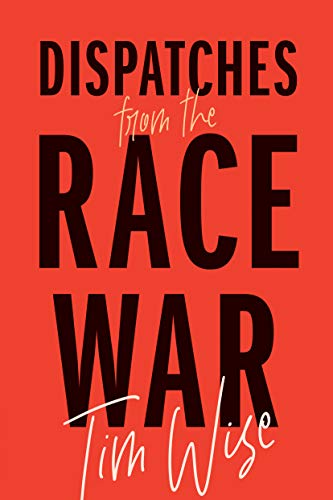 “A challenging read that illuminates harsh truths of our time.”

Activist and writer Tim Wise, now in his 50s, has lectured on race for many years. In Dispatches from the Race War, a collection of essays written from 2008 to the present, he shares some of the clearest, most honest thinking about racism, inequality, and white privilege that you are ever likely to hear from a white man.

“Can we just put aside all the rationalizations and deflections to which we reflexively pivot and instead imagine what it must feel like to walk through life having to always think about how to behave so as not to scare white people, or so as not to trigger our contempt?” he asks.

Above all, he demands “the courage to be honest” from his readers. Too often, whites enjoy “the luxury of remaining oblivious” to the impact of their own racial supremacy on the lives of millions of countrymen and women. They are indifferent, he says. They are in denial.

In more than four dozen essays, he offers fresh insights on events of the Obama and Trump years. He speaks to failures of both presidents, faulting Obama for going “out of his way” to please white people, when he lectured black graduates at Morehouse College about personal responsibility; and criticizing Trump’s cynical use of bigotry “to gain and maintain political power.”

But mainly he examines aspects of racism as it played out in such matters as the killing of black men by police, the mistaken arrest as a burglar of author Henry Louis Gates, and the exoneration of George Zimmerman in the killing of Trayvon Martin.

“Most of white America has experienced police as helpful, as protectors of our lives and property,” writes Wise. “But that is not the black experience, and black people know this, however much we whites don’t. The history of law enforcement for black folks has been one of unremitting oppression.”

Citing a litany of oppressive acts, from slave patrols to the Black Codes, from lynching to white-on-Black riots, and from Rodney King and Amadou Diallo to the railroading of the Central Park 5, he insists most white people “don’t know this history,” indeed have to google relevant names and instances.

“The inability of white people to hear black reality—to not even know that there is one and that it differs from our own—makes it nearly impossible to move forward.”

“To accept racism is quintessentially American,” he writes, “to rebel against it is human. Be human.”

A challenging read that illuminates harsh truths of our time.