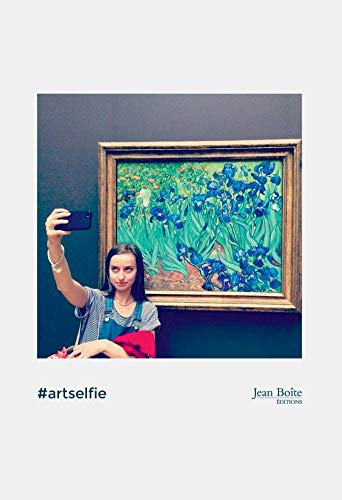 The New York based collective DIS, with its focus on art, pop culture, documentation, and exhibition, explores the roots and use of the selfie as an art form in their book DIS #artselfie.

The art of the self-portrait has been around for as long as humans have been creating pictures—think of the handprints in the cave paintings at Lascaux—with it's high point in the Renaissance, if we recall the self-portraits of Albrecht Durer and Raphael.

However, traditionally self-portraiture in painting has been more about self-revelation than self-aggrandizement, although they can be perceived in both ways if we consider the self-portraits of Rembrandt and Egon Schiele. The selfie, on the other hand, is something totally representative of 21st-century life and firmly rooted in the “look at me, am I not grand?” mentality of the person taking the photo. And whereas a photograph typically states, I captured the moment; the selfie says, this moment would be nothing without Me.

Self-portraits were the domain of the artist, but now selfies are the domain of anyone with a smartphone. And it shows. Generally, the photographs in the book DIS #artselfie are by turns self-indulgent, comical, narcissistic, superficial, or obvious. Some are infantile, and an even smaller number are truly thoughtful, powerful, and reflective, with meaningful juxtaposition.

If selfies echo Andy Warhol’s 15 minutes of fame comment, then the DIS #artselfie is a mirror to Susan Sontag’s comment of “aesthetic consumerism” in her On Photography. It seems that selfies are part of the fabric of socializing, photo compulsive, consumer oriented, 21st century values.

The written portions and interviews of DIS #artselfie are thoughtful explorations of art photography exhibitions, discussions of zeitgeist, and what drives people in modern society to be self-involved.

One reason that is usually taken for granted as to why selfies are engaging, is that they are always viewed on the high-resolution, color-saturated screens of cellphones. In contrast, the book’s color photos are reproduced on a matte paper that completely disempowers the impact of the image with a dull drabness. Although the reproduction could not be any further from the native power of the selfie, the images that do succeed do so on the basis of their composition, color, content, and concepts—the same criteria we would use to evaluate fine art.

Whether or not you consider selfies to be art is entirely in the perception of the viewer. But this slim volume will be equally at home among the topics of social behavior, modern society, tourism, and anthropology—as well as Art.