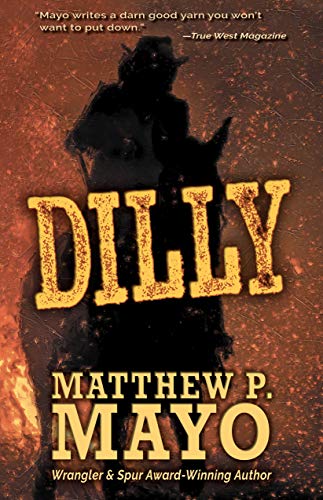 Readers won't find a more endearing prologue than the one that appears in the opening pages of this book. In it, the story character reflects on his life, both past and present. His is a past filled with trials and trouble, abuse and cruelty, but his present is basked in love and joy with an adoring wife who encourages him to write it all down. And he does. He relates it all—the beatings, the humiliation, the loneliness, the hopelessness. And he tells it with deep understanding and kindness, but without bitterness.

"My wife is the one who brought me this stack of blank tablets . . . plus six fresh pencils, so pristine and straight and pretty in their red painted jackets, I almost did not have the heart to carve up the end of the first one. But I did, and here I am, my half-moon spectacles on the end of my nose, a tablet before me, and a cup of coffee not yet cold on the table beside my chair.

"I cobbled together two pine planks and they rest on the arms of this rocker. Felice gave me scraps of flannel to tack to the underside of each so I won't scratch the chair. . . ."

And so Dilly begins:

". . . I look back on that day so long ago when I was drawn to the Hatterson Ranch, and I shake my head. What would my life have been like if I'd kept walking? A number of people would not have died, I know that much. Some of them I cared for deeply, one in particular."

He's talking about the Sheep Wars in the Old West.

Of course, he knows nothing of that when he's a kid. His mother died in childbirth, and when he's eight years old his father dies at work, "pinned between the loading dock and the rear of a wagon." This leaves Dilly an orphan in the care of his prickly grandmother.

Then she dies, too. After that and for much of his childhood he's under the care of the county. No one much wants him, so he's hired out to families to work the farms. Forget schooling. For him, there is none.

"What I got, over and over again, was a pallet in the haymow, too-small, handed-down rags more mend that cloth, cold corn mash, gristle. . . ."

And beatings and torment, hunger and misery from every family he's sent to.

"I shivered my way into Christmas Day of 1892, and after I'd done my chores and most of everyone else's, too, it being Christmas morning and all, he brought me a bowl of corn mush and a tin cup of water . . .  I figured he meant for me to take it from him so I reached up and he pulled it from me. . . .

". . . He snatched off my moth-gnawed felt topper and dumped the mush on my head. . . . The thrashing he gave me was the worst yet."

At age 13 he escapes and heads West. After making his way through a blizzard on foot, he's rescued and hired on as kitchen help at the Hatterson Cattle Ranch. There he has food, warmth and friendship, and an education of sorts. It's the home he always wanted, but never had. Cook is protective of him and does his best to keep Dilly from growing up too fast.

But eventually Dilly finds himself in the middle of the Sheep Wars where his loyalty, gratitude and sense of right and wrong are sorely tested.

Historically, the Sheep Wars in the Old West, particularly in Wyoming where the book is set, were exceptionally violent and lasted well after the turn of the century. Cattlemen in all the Western states were unwilling to share their pastures with sheep. In Wyoming alone there were 24 attacks and at least six deaths, some say as many as 16. Cattlemen and the armies of men they hired murdered sheep ranchers, massacred thousands of sheep, and burned down barns, corrals, wagons and even sheep dogs. In the book, the rancher who rescues Dilly is a cattleman.

Matthew P. Mayo does a magnificent job of depicting the conflict and the attitudes of cattlemen who at the time objected to sheep grazing on private or public land. (As a side note, the issue of grazing on public lands at all is still vigorously debated today.)

The author explains it through character dialogue:

"You're correct in saying the sheep are eating a whole lot of acreage down to the nub. Sheep will do that, whereas cows will leave more of the stem to grow . . .

". . . And when they moved on, there wasn't much left but stubble that baked off, left nothing for the cattle to graze."

In the book, Dilly finds himself in the middle of this raging Sheep War, floundering between diverging loyalties and attitudes. He loses people he cares for, some of whom are on opposite sides of the grazing dispute.

Matthew Mayo brings heart and soul to a painful, little known chapter in the history of the American West.