Difficult Women: A History of Feminism in 11 Fights 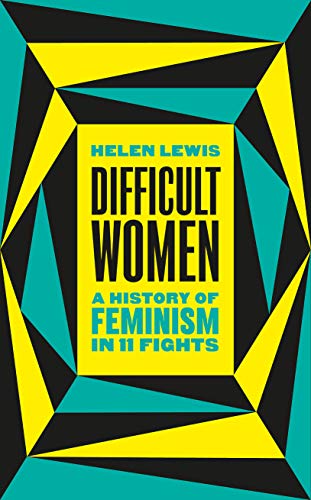 In her Introduction Helen Lewis defines what “difficult” means when applied to the feminist pioneers whose struggles she reviews and admires. Feminists are difficult or problematic because they wrestle with complex issues in which it is not always easy to distinguish “between good guys and bad guys.”

She provides a brief list of feminists who have been “difficult” for other feminists, as well as for other women and men; “the Pankhursts (autocrats), Andrea Dworkin (too aggressive), Jane Austen (too middle-class), Margaret Attwood (worried about due process in sexual-harassment accusations), and Germaine Greer (where do I start?).”

Other ancillary meanings of “difficult” as applied to women are teased out, though as she states the focus of “difficult” in this publication is the sense that “most revolutionaries are not . . . nice. And women have always been told to be nice.” This definition probably sells herself and her book a bit short, though it does enable her to introduce or excavate some feminist figures who have been forgotten and/or have fallen out of favour with the mainstream, for being insufficiently “nice” in various ways.

Perhaps all that need have been said in terms of “difficult” is that feminists are contesting ideas, laws, institutions, habits supported by the majority of men and also very many women, and challenging such a majority position is always difficult to say the least.

Feminists often undermine themselves by picking fights with each other and with other gender activist on issues of terminology or on criteria for membership of the movement. And on the heavy reliance on identity politics rather than on data which demonstrates the randomness of the various inequality scripts.

Lewis chooses to review her chosen difficult women, mainly from the U.K. according to “eleven fights” in which they have been engaged; Divorce, The Vote, Sex, Play, Work, Safety, Love, Education, Time, Abortion, The Right to Be Difficult. This is a nimble way of presenting a lot of information, anchored by key figures and their inter-relationships, as well as allowing Lewis to present her experience in a thoughtful and sympathetic way.

And also to let us know when her positions on a “difficult” issue are not quite yet resolved. The section on divorce begins with her recollection of the moment that she told her best friend that she “didn’t want to be married any more.” And she provides nuanced reflections of the often-contested place of lesbians and transgender individuals in mainstream feminism, and of the arguments around prostitution.

One of the most enlightening sections is that dedicated to Play which centers on a forgotten, soccer heroine, foul-mouthed, chain-smoking, light-fingered, Lily Parr. The background to Lily’s brief career and the eventual snuffing out of women’s football (1921) until its more recent reinstatement was the First World War, when women working in munitions factories—“munitionettes”— discovered the pleasure of teamwork and kicking a ball around during factory breaks. This came to an end with the return of men from the war, when women were went back into their homes or into the usual “women’s work” such as laundry or dress-making. Lewis provides a crisp and entertaining analysis of the political and economic forces at play, which are more familiar to us from Betty Friedan’s analysis in The Feminine Mystique of similar forces that came into play with respect to World War II.

Lewis’ own career as a difficult woman properly began when she left her first husband “the first truly difficult decision I made.” Since then she has learned from her own research and from spending time with other Difficult Women why “reactionaries hate feminism: it works.” Though that having been said, she also acknowledges that there is still a need for a Fifth Wave where feminists need to focus on “structures, structures, structures,” meaning the hard work of economic and legal reform. As well as remembering what has already been achieved. We should not be restarting at square one.

Difficult Women is both accessible and instructive. Though readers familiar with Lewis as a leading political journalist might have expected more incisive analysis and fewer lame jokes—those are thankfully largely confined to footnotes!