A Dictionary of Mutual Understanding: A Novel 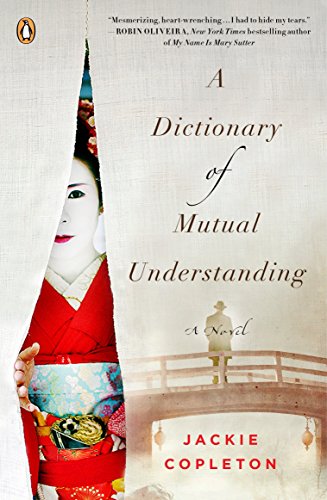 “Painful, powerful, and full of historical data about life in Nagasaki after the bombs fell.”

When a work of fiction brings history into play, you feel doubly blessed. Jackie Copleton’s A Dictionary of Mutual Understanding is the ideal book for readers who love to learn about other cultures and societies.

Set partly in Japan, and partly in the United States, it is the journey of a mother looking back on the grief and loss after the attack on Nagasaki on August 9, 1945. This painful, yet powerful story weaves the narrative of a mother’s desire to understand her daughter through diaries left behind in the ashes and rubble of that fateful day.

Spanning decades, the family saga moves between Philadelphia and Nagasaki as Amaterasu Takahasi discovers the secrets left by a daughter she sought to protect. Full of love, lust, passion, and the vicissitudes of parenthood, the author brings the story of Nagasaki to life as human beings confront the devastating effects of “Fat Man” on the people of that city at the close of World War II.

Readers should know that each chapter of the novel begins with definitions of Japanese words and phrases. This technique can be distracting, and might be better presented in an appendix at the end of the book, but it does provide learning and insight into Japanese culture and belief.

The main character, Amaterasu, is a torn and divided woman, still seeking closure on a chapter of her life and her country’s life in 1945 during “Pikadon”—a word that has been integrated into Japan’s official vocabulary to reference the bombing of Nagasaki. It means “brilliant light” and “boom.”

Among the 90,000 killed within months of the bombs falling was Yuko, the fictional character in this searing story of loss and love. The main character draws you in from the beginning. “No, I am not haunted by how she died but why.  If I am to be the only remaining storyteller of this tale, what and how much can I admit to myself and to others.”

When a stranger knocks on Amaterasu’s door years later, she is forced to confront the possibility that members of her family survived, and she finds herself rethinking the relationship her daughter had with an older man. She relives her own relationship with her husband and the home they tried to create for their daughter who had fallen in love with a doctor, then later married a different man through an arranged marriage.

Her mother now wonders. “We had never spoken about the doctor since her marriage. What would have been the point?”

What the main character discovers, along with readers, is that there is a point to history and storytelling and that we can’t escape memories. “My journey home,” Amaterasu writes “had taken me thirty-eight years.” “You live with loneliness long enough and it becomes a kind of company.”

A final word about the author. This is her first novel. Jackie Copelton worked as a teacher in Japan and clearly understands the value of cross-cultural learning and experience. She has worked as a journalist, a fact that shines through in the reporting on real events interwoven in the story. For those of us who have worked on study abroad and cultural immersion, this is how and why it is so important to spend time in faraway places. Only in books like this can you find that blend of history and fiction told in a way that makes you believe you were there at the time.