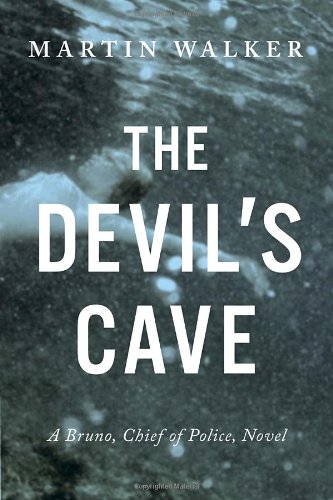 “. . . a terrific addition to a compelling series.”

It’s spring in St. Denis, France, two weeks before Easter and the choir is preparing for its concert. The wildflowers are blooming, and everything is peaceful in the scenic village. That is until among the lazy whorls of the river a dead woman’s naked body is found floating in a boat:

“The woman was almost awash, the water in the punt lapping over her legs, pubis and ears so that only her breasts, face and feet were visible. Her fair hair floated behind her head, and her hands trembled in the water, the fingers seeming to move in the eddies of water almost as if she were waving. The bird had been at her left eye. The other stared sightlessly at the sky, but it was evident she had been an attractive woman, with good skin and fine features.”

The dead woman soon becomes another case for Bruno Courrèges, the town’s cherished chief of police, who also happens to be a culinary connoisseur and lover of all things beautiful—especially women.

With the discovery of sinister markings and black candles near the body, it seems to Bruno that the occult might be involved, with Old Nick himself visiting the village.

To add to Bruno’s woes, the mayor of the village is less than impressed with all this talk about Satanism and can barely restrain himself when wily locals start making money from the many curious visitors coming to the village. The mayor has other things on his mind, mostly concerning the gathering of money—for him, of course—and may god help anyone else trying to prevent that or hoping to get their grubby hands on what is rightfully his.

And as questions mount—regarding a troubling real estate proposal in the region; a suspicious, violent death made to look accidental; and the sudden reappearance of a politically controversial elderly countess—Bruno and his colleagues and friends are drawn ever closer to a climactic showdown in the Gouffre de Colombac: the place locals chillingly call the Devil’s Cave.

Bruno Courrèges is a wonderful breath of fresh air in a world of bent cops with whiskey noses, dubious attitudes and principles. He’s a man with a fondness for dogs and horses, something he’s had since a boy in the church orphanage, when after the death of his beloved terrier he was told that animals do not have souls and that he wouldn’t be seeing the wee dog in this life or the next:

“His refusal to accept that sentence and the priestly authority from which it came was the first moment he had known that he was Bruno, a person who thought for himself and questioned whatever he was told.”

And that is Bruno in a nutshell, straight as an arrow and to hell with the consequences. Mister Walker’s descriptive power of smells, sounds and locality are powerfully rendered with an authenticity few writers manage to create convincingly.

The Devil’s Cave is a terrific addition to a compelling series.