The Detective & The Pipe Girl: A Mystery 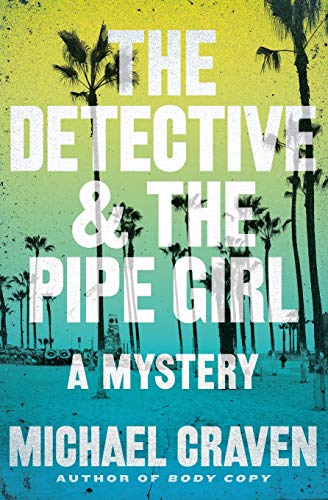 “The Detective and the Pipe Girl is a terrific, fast-paced read. Michael Craven has captured perfectly the forbidden and deadly atmosphere of Hollywood at its darkest and deadliest.”

Private Detective John Darvelle works out of a warehouse in Culver City, not too far from the Kingdom of Hollywood. He doesn’t drive a flashy car, drink expensive cognac, or attend must-see events. Rather he shares a taste for American home-brewed beer, mundane cars and . . . ping-pong.

John is having a typical ordinary day at the office, glad of the quiet and peace of mind he’s sharing with his most favorite person—himself. But all that’s about to change drastically when he gets a visit from a rather large man by the name of Mountcastle.

Mountcastle informs John that his boss, powerhouse movie director Arthur Vonz, would like to have a word with him. John is somewhat taken aback and for good reason. Vonz is one of Tinseltown’s most powerful men, a filmmaker among gods the likes of Spielberg, Coppola, and Kubrick. In fact, it would be a hell of a lot easier to get an audience with a god in the Pantheon than with Vonz at his home.

John, naturally curious and somewhat pleased that the great Vonz even knows he even exists, agrees to meet him. At the meeting John is informed that the assignment will be to track down a beautiful, part-time actress by the name of Suzanne Neal and deliver a letter to her. Vonz hasn’t heard from Suzanne in quite some time and wants the letter placed in her hand. Suzanne also happens to be a former lover of Vonz’s.

With his contacts and bloodhound instincts, it doesn’t take long for John to complete the task. When he does eventually track down Suzanne, he finds her in the company of a well-known actor as well as a mysterious man on the balcony of her apartment. It’s from this same balcony she will be thrown from—but not before being shot in the head.

On the journey to bring her killer to justice, John will have to confront hardened cops, deadly mobsters, and sleazy pimps willing to kill at the drop of a hat. He will also discover that Suzanne was a member of the “pipe girls,” an elite group of beautiful hookers sworn to never betray the names of their powerful clients. Should they do so, they will be killed, no questions asked.

Was this why Suzanne was killed? Or is there something even more sinister behind her murder? And what, if anything, does the mysterious pyramid tattoo on Suzanne’s ankle mean? Does it hold the answer?

When he first takes the assignment, it is to make some easy, trouble-free money. Of course, in his profession, one must never forget the 11th commandment: There is no such thing as easy or trouble-free money. John’s about to discover the hard way what happens when you commit the ultimate sin as a PI, and forget Number 11, when he is attacked and left for dead.

The Detective and the Pipe Girl is a terrific, fast-paced read. Michael Craven has captured perfectly the forbidden and deadly atmosphere of Hollywood at its darkest and deadliest. Private Detective John Darvelle is perfect for the setting with his wit, intelligence, and take-no-prisoners attitude. We are hopeful that this is the start of a series of books starring Darvelle. Fans of the great Elmore Leonard, Philip Marlow, and Jim Rockford will love this read. Roll on the second coming.