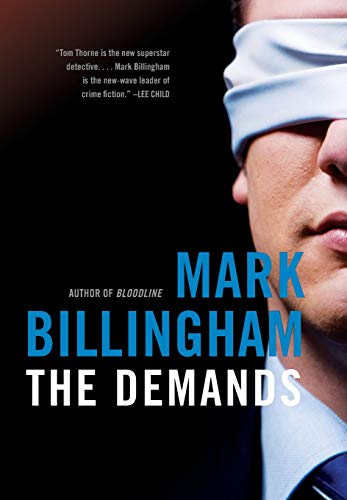 “. . . masterfully complex plot laced with gripping suspense . . . [a] captivating and intelligent crime thriller that will keep you guessing . . .”

When Detective Sergeant Helen Weeks drops by her local newsstand to purchase some chocolate and chewing gum, little does she know that within minutes her world will be turned violently upside down.

As Helen begins paying for the items, three boisterous youths walk into the store and begin a bit of horseplay with each other. The irritated owner, Javed Akhtar, chases the trio out of the store, but upon his return, he inexplicably locks the doors and produces a gun.

Seconds later, Helen and another customer, Stephen Mitchell, find themselves handcuffed to the store’s radiator.

Shortly afterward, Javed instructs Helen to get in touch with Detective Inspector Tom Thorne, telling him to look into the death of his son, Amin. Amin and a friend were attacked one night by several youths, and Amin ended up stabbing and killing one of them.

Amin turns himself in, claiming to Thorne it was self-defense. Shockingly, Amin he gets an eight-year sentence and is sent to a juvenile prison. Shortly afterward, he is found dead, apparently having committed suicide. But Javed has never believed his son committed suicide and demands Thorne to investigate and find out the truth

For Thorne, it’s not quite that simple. He knows time is of the essence, but he also knows it’s something he has little control over. Two lives are at stake, and it’s up to him to try his utmost to rescue them. But first he must satisfy all of Javed’s questions and prove that his son really was murdered, voiding the official version of suicide.

As Thorne investigates, he finds problems about the conviction and Amin’s death. Something isn’t quite right about the entire case: It’s full of discrepancies and obvious coverups. It’s also full of secrets—secrets Javed may not like revealed.

What Thorne eventually discovers will upend everything he thinks he knows about the fate of those he’s put away. It will also make him question the entire justice system for which he works so diligently.

But will Thorne’s quest for justice be enough to fulfill the wishes of a grieving and potentially violent father? Will it be enough to save the lives of those held hostage?

Mr. Billingham is an exciting writer who never fails to deliver something original and unforgettable each time he sits down to write. Detective Inspector Tom Thorne is a wonderful creation, a breath of fresh air in a world chock-a-block with mundane copycats.

With its masterfully complex plot laced with gripping suspense, The Demands is a captivating and intelligent crime thriller that will keep you guessing till the end.