In Defense of a Liberal Education 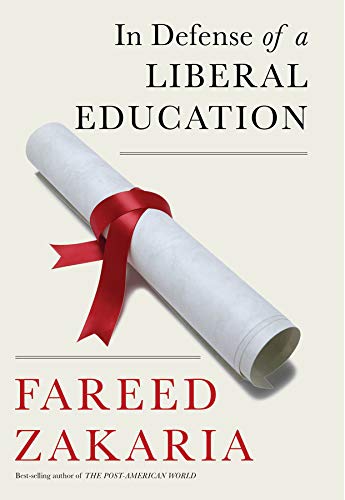 America is in much need of a thoughtful discussion concerning what it means to place the word “higher” in immediate association with “education,” and the implications answers to that question hold for the future of the country.

Take one recent example in Kevin Carey’s The End of College. He envisions a future where the fully online university will come to dominate higher education. Along the way, he takes caustic aim at research-centric universities with overly specialized and self-interested faculties that are fattened by state support and/or government-funded grants. Such selfishness and enrichment, he argues, work to the detriment of students and learning.

In the midst of this and other populist critiques and predictions of educational futures, Fareed Zakaria advocates for the value of traditional liberal education (the pursuit of “free thinking” that is associated with broad and deep training in a residential-personalized environment); an educational form that has been associated with the nation’s most elite institutions who have long championed deep-knowledge-based learning. He, unfortunately, does little to dispel the stereotype of elite nature of liberal education when he draws on his own coming of age tale at Yale where he graduated in the mid-1980s.

Yet Zakaria is spot on in his dismay toward contemporary pressures for technical-mastery, skills-based learning that is narrow, linear, and jobist. Not that jobs are a bad thing at all. Zakaria would simply say that this is probably not the best path, and there is a considerable data to back him up.

As jobs are automated by rapidly expanding computational power, it is the creative economy that will thrive because it is not based on routinized knowledge. Overall, 47% of today’s jobs could be largely automated within 20 years (The Economist 2014).

Zakaria takes us through the history of liberal higher education and underscores that it has hardly been a unified process founded on consensus. In the liberal tradition, that is exactly what we would expect: a noisy place characterized by multiple strident voices, and healthy disagreement and debate. That debate breaks along a fundamental line between purists (knowledge for knowledge’s sake) versus those who advocate an applied approach.

Indeed, from the ancient Greek world into the European medieval period, applied advocates largely won out with their concern for using such things as rhetoric in the service of citizenship through governance and action. In contrast to today’s construction of knowledge, the humanities were seen as applied while the sciences were seen as abstract and theoretical—good for little more than nourishing the life of the mind.

Whether purist or applied, Zakaria argues for three main goals in liberal education: Writing, speaking, and learning. He would note that many advocates might privilege “thinking” above all else, but he astutely notes that writing as a practice and habit leads to good and clear thinking. These skills, in sum, form a solid intellectual foundation for anyone seeking to nimbly navigate a rapidly changing economy.

Zakaria points to exciting attempts at new forms of liberal education using the Yale-National University of Singapore (often referred to as Yale-NUS) as an example of a cross-cultural, interdisciplinary applied liberal education project that eschews old-style disciplinary silos in favor of creative intellectual cross-training.

In the conceptual terms of Malcolm Gladwell, this is a real outlier in that it is out of box and provides fertile ground for intellectual sparks and creativity when disciplines comingle at their margins. The Yale faculty apparently vehemently disagrees, and their president recently resigned at least in part over the Yale-NUS dust up. The Huffington Post suggests that Yale is concerned about losing its own American values while one outspoken faculty member characterized Yale-NUS provocatively as “Frankenyale” (Sleeper 2014; Miller 2012). I would invite readers to dig further into that controversy and come to their own conclusions.

Toward the book’s end, Zakaria takes a foray into the world of student debt. I would argue that such debt shapes and disciplines the political body and discourse in ways that feed the movement of higher education as narrow technocracy. Who can blame people for not wanting a clear path to a job to paying off that financial burden? He argues that higher education is essentially artisanal—it has considerable fixed cost (a class costs the same to teach whether there are 10 or 100 students as does the cost of heating, cooling, and so on); labor costs are high because faculties have lots of education and expertise; and those collective costs cannot be largely reduced through technology though we invest heavily in it.

Zakaria meditates on the potential of Massive Open On-line Courses that can be scaled upward and potentially reach thousands of students. He does not suggest how that might work in a liberal education environment, but it is worth thinking about how MOOCs might morph into the coolest video-game-like immersive and interactive environment that could prove more compelling than any classroom.

In closing, I would argue that we need to conceptually and pragmatically decouple liberal education from its elitist roots. It is a pedagogical method that is not wedded to any particular institutional form. A number of public institutions have embraced it, including my own, in what would best be described as the applied liberal arts.

It is a high-touch, personalized, and integrative form of education with particularly special promise for less-affluent and privileged students by giving them the mentorship, tools, and support to be adaptable, life-long learners. For they will face a job market where they will not just change jobs, but even careers, multiple times. Narrow, linear skills-based approaches will undoubtedly falter in the face of such an open and contingent employment future.

Sleeper, Jim (2014) “While You’ve Been Following the Campaigns, Singapore has been Romneyizing Yale.” Huffington Post, 23 January.