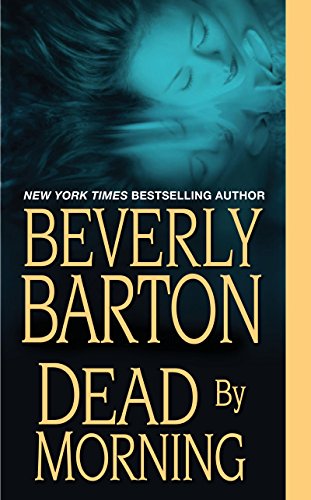 Intrigue, mystery, murder, and mayhem—this newly released paperback version of the novel Dead by Morning has everything one needs in a perfect companion for a summer escape. This latest, by well-known author of thrillers, Beverly Barton, combines a “can’t put it down” delivery with a complex set of sub-stories, pairing two unlikely partners, agents Maleah Perdue and Derek Lawrence, in a race to prevent the next killing of an innocent victim.

But the clues are scarce, and time is fast running out.

By the time the investigation begins in earnest, there have already been four killings, each with a distinct, but limited profile. The killer always takes his victim after midnight and leaves the body to be found in the early light of day, throat cut and slivers of skin removed. But outside those commonalities in MO, there is little else. The killer is careful and, with cold, dark determination, muses that “there is something beautiful about the sunlight caressing a corpse.” As he carries out the next murder ordered by his employer, the inhumanity and senselessness of the crime screams out to all who encounter the bodies.

Then a convicted felon demonstrates knowing far too much for his information to be chalked up to coincidence, and Maleah must draw on every bit of her cunning and courage to interview this monster in the hopes of finding one small clue that might bring this hideous rampage to an end. The interview brings to mind the agent versus maniac-behind-bars encounter in the film version of Silence of the Lambs.

Murder after murder comes in quick succession, each drawing the danger a little closer to the founder of the Powell Private Security and Investigative Agency’s owner, Griffin Powell, who hides a dark past even his wife does not know about. Maleah’s connections to the initial victim are also alarmingly evident to other investigators of the serial crimes. The connections spiral inward and, even when security is heightened at the company compound, the killer snatches yet another life. Will Griff’s secrecy prevent his agency from solving the case and finding the murderer in time?

Ms. Barton weaves this gripping story with other, equally absorbing relationships: agent and agent, husband and wife, guardian and psychic, murderer and victim. Each subplot adds to the growing tension that explodes after building to a crescendo: a last minute struggle that leaves the reader wondering to the very last pages: Who will prevail? Will the murderer reach his ultimate target or will the team successfully foil his every attempt? Will the book end in a “happily ever after” moment or in tragedy? Who is really behind these killings and can they be stopped?

Those very questions keep the reader breathless, experiencing quite a few unexpected dips and turns. Don’t forget to come up for air.