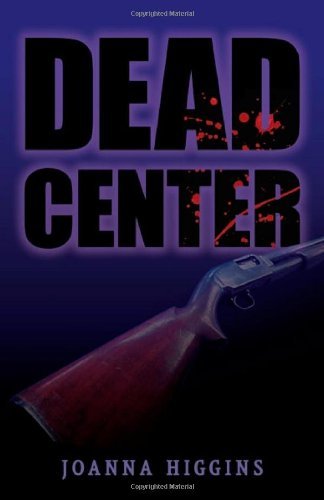 Although it bears all the trappings of a taut legal thriller, Dead Center, by Joanna Higgins is, at heart, a riveting existential meditation on living with uncertainty.

The novel follows the trial of Dr. Benjamin Weber, a pediatrician and devout family man accused of a murder that occurred so far in the past that nobody involved remembers the particulars. What makes the case especially interesting, however, is that, subsequent to the murder in question, Weber married the wife of his alleged victim and adopted her daughters to raise as his own.

As the trial grinds forward and the case against him gains momentum, Weber’s makeshift family can’t help doubting his innocence. Throughout the novel, Higgins proves her skill at plying the tools of the thriller trade.

As Weber’s past comes under increasing scrutiny, his daughters begin to unearth a secret history that implicates their entire hometown in a web of crime and deception. The past, it turns out, is not the halcyon era they recall from their youth, and their hometown is far from the idyllic world they’ve always imagined it to be.

While danger lurks around many a corner throughout Dead Center, the novel’s most significant drama plays out behind the closed doors of the Weber household. As sisters Laura and Lin bicker over the likelihood of their father’s innocence, their mother fades slowly into the woodwork, a ghost clinging desperately to the shreds of her failing Catholicism in order to maintain even a modicum of order in her life.

Meanwhile, the accused can’t seem to get his story straight—a problem that only heightens the tension threatening to tear the family apart. Ultimately, the pressure-cooker atmosphere of the Weber household forces the principals in the unfolding drama to reassess all of their assumptions about faith and family loyalty, and it’s in this arena that Dead Center transcends the limits of genre fiction and crosses over into the realm of the literary.

By forcing her characters to question the very foundations of their comfortable lives, Higgins also forces her readers to do the same. That the novel refuses to yield many answers to the questions that plague its characters only underscores its status as a heavy-hitter.

Yes, Higgins has the good sense to wrap her narrative up nicely with an ending that reveals whether or not Weber is guilty, but on the whole, Dead Center raises far more questions than it answers.

In this sense, it is as haunting as it is thrilling, a page-turner with great philosophical heft.