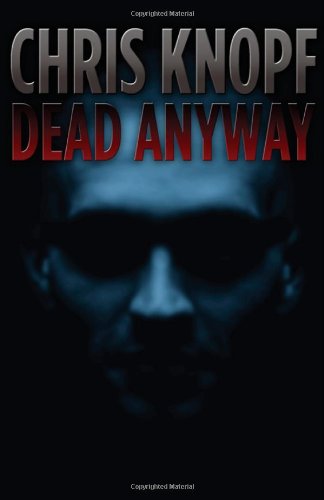 Imagine this: You, Arthur Cathcart, market researcher and occasional finder of missing persons, have a nice life. You love your beautiful, successful wife, Florencia. You’re an easygoing guy working out of your comfortable Connecticut home. The world is an interesting, pleasant place. Then in seconds it’s all gone:

“I remember someone telling me, soon after I became aware again of my own existence, that I was lucky to be alive. That was the most debatable statement of the century.

“It wasn’t my sister Evelyn who said it, though she could have. She was a doctor, and also Florencia’s best friend. Her first statement to me, sadly repeated a few times until it stuck in my memory, was that Florencia had been killed instantly.

“I would have been killed, too, but for a lucky (that word again) turn the bullet took when it struck the right side of my skull, mostly bypassing the frontal lobe, then cutting a shallow tunnel through the parietal and exiting the back of my head.

“The two holes in my head were very tidy, indicating a small bore round, like a .22, with a heavy charge. There were any other number of combinations of bullets, powder and weaponry that would have had a much more catastrophic effect. Which meant I was only near death for part of a year and not completely dead like I should have been.”

Arthur is still alive, but the world thinks he’s dead. And now he has to decide his next move: make it official that he survived or go after the evil force that took it all away from him.

Arthur decides to live on and fight by doing what he knows best: figuring things out without revealing his status as a living, breathing human being. Much easier said than done in a post-9/11 world, in which everything about yourself and all the tools you need to live a modern life are an open book.

So how do you actually become a different person? Or finance an elaborate scheme without revealing yourself? How do you force a reckoning with the worst people on earth when you’re a supposedly dead man?

That is the intriguing concept behind Dead Anyway, the fascinating new thriller from award-winning crime writer Chris Knopf.

The protagonist of the story, Arthur Cathcart, is an affable Everyman who suddenly finds that not only must he step up to the plate, but that he must also score a few home runs if he is to survive alive.

Inside, the pages are detailed with elaborate methods about how one goes about disappearing from the face of the earth without trace and avoiding detection. All seem believable and authentic, possibly because Mr. Knopf has sought the advice from numerous experts in each field of self-erasing.

Dead Anyway is a perfectly rendered murder mystery with enough unpredictable twists and turns to satisfy even the most hardened aficionado of the genre.

Dry humor is scattered throughout. This offbeat story told in the first-person is executed with faultless page-turner pacing and panache.