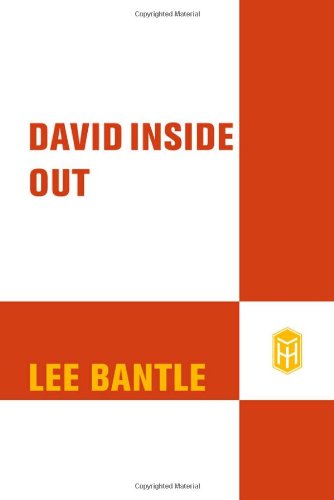 The trick of the young adult novel is one of illusion. Just as the actors and actresses on “Gossip Girl”—many of whom are facing the onset of their third decade of life—must convince the camera and the audience that they have yet to hit 20, the author of any young adult novel written in first person must convince the reader that the words on the page are reading are coming out of the mouth of a teenager. Otherwise, the result can be as embarrassing as Henry Winkler portraying Fonzie in the later years of “Happy Days.”

This proves to be the major general weakness in Lee Bantle’s story of a gay teen’s coming to terms with his own life and desires within the context of an often-hostile school environment. In exchanges like the following, the reader is left to wonder not only the age of our narrator protagonist, but also in just what time period the book is set:

“She laughed and tried to pull me into a dance. I jerked my arms away, leaving Mom to do a boogie of her own creation.

That a high school student might put his parent into the black and white image of a 60-year-old television show seems odd enough. But the use of the term “boogie” makes the reader wonder if young David’s greater problem is not the fact that he has somehow become displaced in time.

Yet within the pages of David Inside Out, there are things to admire: in the skill with which the tale is structured and in the fact that Bantle has openly and passionately called upon his own life’s history in telling it. Indeed, it is a moment in this nation’s history in which our gay youth—in a devastating spate of gay-related suicides and hate crimes—seem to be wounded past the point of despair. A book like David Inside Out thus has special resonance, in that this story might well prove to be an important tool for any number of readers who, like young David, find themselves turned inside out by the discovery of their awakening sexual identity—a means by which a reader could learn that, indeed, in the words of gay activist Dan Savage, “It gets better.”

And, happily, for the young protagonist of David Inside Out, it does get better, as he not only learns to face the reality of his own sexuality, but also finds support from a small but loyal group of friends, a voice on the other end of a telephone line when he smartly decides to call a gay support group, and a staunchly supportive mother.

David Inside Out is actually not the story of one gay male teen, but three: David, our hero, who manages to mask his sexual identity by being able to “pass” in the world of high school athletics; Sean, the school’s golden book and track star, who manages to hide the true nature of his sexuality even from himself; and Eddie, David’s best friend from childhood, whose overt flamboyance makes any denial of his sexuality a waste of time.

It is in the presentation of the character of Eddie that the book misses its greatest opportunity. In centering the book on the character David, whose talent for track and field offers him a badge of masculinity that he can use to deflect attention from his inner self, the author plays it safe and tells a tale that we have all read before. (Smart readers are left guessing as to what age Banter first read The Front Runner, as it seems to have had a strong impact upon him.)

Eddie, on the other hand, is presented as being that apparently most loathsome of things—the effeminate and sexualized gay male. He is, therefore, the target of gay bashing at two points in the novel, and yet these events are seen as nothing more than happenstance and the impact of the bashing again centers on David, who hides and does nothing to protect his friend for fear of being labeled gay himself.

The character of Eddie is left unexplored and two-dimensional, Sal Mineo to David’s James Dean, to put it into the context of “American Bandstand.” Had author Bantle played it less safe and had he chosen to develop this character past the references to the fact that he wears a chartreuse scarf as something like a red badge of courage, he might have really been on to something, as surely our most at-risk youth (with a suicide rate four times that of average in that age group) are those gay young men whose mannerisms leave them nowhere to hide.

Finally, note that David Inside Out contains a number of surprisingly overt sexual passages that, while they would likely lend the book the credence that the antiquated narration lacks—readers in the young adult age group being perhaps the most sexually curious, after all—could be of questionable value in the eyes of a parent.