The Most Dangerous Place on Earth: A Novel 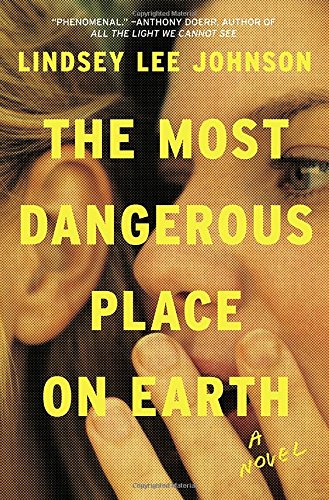 The setting for this debut novel by Lindsey Lee Johnson is a high school in the over-privileged enclave of Mill Valley, California. The story is a sociological case study in how radically high school has changed here in the 21st century—especially among the well off—who have free and easy access to drugs, alcohol, all manner of social media and, uh, not a whit of responsibility.

Where are the parents you may ask? They are absent from the lives of their children, clueless when it comes to their hearts and souls, and preoccupied with their own quests for materialism and sex, whichever comes first. Divorce of course is rampant, as is casual alcoholism and harsh abandonment.

Over the course of the book, the author introduces us to various students and tells the story of their high school years through nine points of view. The stunning thing—and this is a testament to Johnson’s outsized talent—is that, while the stories are not new (a male teacher taking full advantage of an innocent teen girl, for instance), the reader remains totally absorbed.

These are fully realized characters and one comes to live inside their minds as they struggle to make it to adulthood and try to figure out, not only what they want for themselves, but how to satisfy or dismiss what everyone else wants for them.

Among the teachers, newcomer Molly Driscoll stands out. Driscoll, who is a naïve mess herself, is not always on the money with her observations but at least she’s trying. After she pleads with one female student “Why not try?” the reader comes to understand just how impossible it is to get through to high school students. It is like telling a depressed person to get over it. The type of advice adults hand out seems foreign and annoying to the struggling teens.

And there are surprises along the way, especially from one student (saying which one would be a spoiler) who runs away before his senior year. On the road, his life seems so distant that he cannot help but call home to convince himself he’s not on another planet. He dials the number from a pay phone and reaches his mother’s voice mail. The result is heartbreaking:

“Her voice was bright, smooth, oblivious. Contained in the machine, it was like another person’s mother in another person’s life. At the same time, he heard it in a deeper place and with sudden force remembered being small, the sweat and powder of her body as she’d opened her robe in the morning and he’d wrapped himself inside, pressed his ear to the soft cotton nightgown to hear the steady throbbing of her heart. He knew her, a determined kind of woman: given the slightest clue to follow, she would never stop searching for the boy he wasn’t anymore.

“He believed that it would be his first unselfish act, his kindness, to lay the phone in its cradle and walk away.”