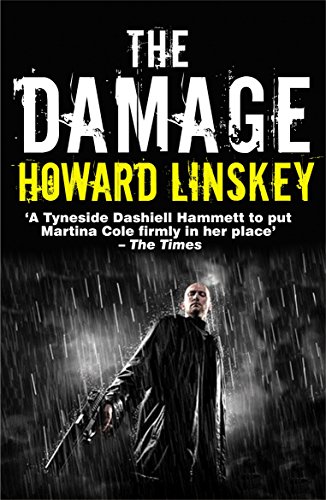 “There’s a thought that keeps me awake at night; I have to be lucky every time, they only have to get lucky once.”

With those sort of thoughts rioting in his head, is it any wonder David Blake is a worried man, tossing and turning at every little sound?

Ironically, he should be enjoying the high life now that he’s become Newcastle’s “Top Boy”—crime boss. He controls everything in the city that’s worth controlling.

He lives in exiled luxury in Thailand while his brother Danny and trusted right-hand men, Palmer and Kinane, take care of business, making sure no one steps out of line. The money keeps rolling in, and Blake is sharing his life with the girl that he loves, Sarah Mahoney. Shame he had to murder her father to save his own skin but at least she doesn’t know anything about that—for now.

Initially, Blake never wanted to be boss but who else is savvy enough to deal with all of the firm s problems; like Braddock, the rogue drug dealer, who’s taking too much of the take, and The Turk, Blake s new source of product who’s taken a million Euros down-payment on a shipment that never arrives.

Newly crowned Glasgow crime lord, Alan Gladwell, wants to do business with the firm and the deal makes sense but can Blake really trust the man whose brother he brutally murdered. Then there’s Blake’s obsession with the beautiful but troubled Simone, who chooses to work in one of the firm’s massage buildings when she is so much better than that.

When one of his men takes two bullets in the back and someone tries to kill him, Blake struggles to stay in control. From the heroin-laced high rises of Newcastle to the seedy back streets of Bangkok, in a world of contract killers, corrupt politicians, bent detectives, coke snorting footballers, fixers, hookers and pimps, Blake is in a race against time to find his potential assassin and discover the truth before it’s too late.
After dramatic fatal shooting in Glasgow, Linskey introduces us to Peter Dean, a former porn king brought low by the advent of the Internet. Dean is an unsavory character, and his creepy mentality sets the tone for the rest of the book.

“Peter Dean went home and crawled; first into bed, then into a deep depression. He avoided meals, dressing and washing and failed to return calls from the very few acquaintances he had left. Bills and junk mail began to pile up on the mat. He contemplated suicide on a number of occasions and in increasingly imaginative and impactful ways.

Two weeks later, Peter finally emerged to take the phone call that would change his life forever. There would be money, a voice on the line explained, a lot of money and Peter would gain powerful new friends into the bargain. It seemed peter Dean’s dreams would be realized after all and it was so simple. All he had to do was kill David Blake . . .”

Howard Linskey is being hailed as the King of Northern Noir for his bleak and hardboiled vision of Northern England. It’s easy to see why. Taut. Tough. Terrifying.

The Damage is a deeply atmospheric, in-your-face tale of immorality, seediness, violence, and murder, scintillating with menace from start to finish. Darkly refreshing and original, it’s highly recommended for fans of genuine noir and those tired of cliché ridden stories.