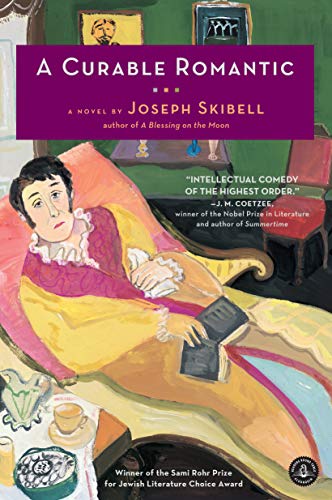 Jakob Sammelsohn hovers on the fringes of central European history, meeting real life figures and becoming caught up in landmark events of the late 19th and early 20th centuries.

He is a peripheral figure who seems to epitomize the dilemma for European Jews of that era, wanting to belong but at the same time trying to stay in the background in case they attract too much attention to themselves.

He meets Sigmund Freud and ends up romantically involved with one of his patients—a woman who is inhabited by the spirit of Jakob’s second wife, whom he was forced by his father to marry when he was 12, and who took her own life on their wedding night.

Freud is portrayed almost as a Sherlock Holmes-type figure, able to deduce the life story of those he meets, their preoccupations and phobias, based on the briefest of conversations. Ghosts and angels mingle with the real-life historical events and Skibell’s fictional creations over nearly 600 pages.

He uses highly stylized prose to portray the intellectual milieu in which his character moves, and while this does work for the overall tone it can grate sometimes.

This is a brave novel, not unafraid to undertake big themes and ideas but it does suffer from being overwritten, with pages upon pages that seem to go nowhere.

Skibell has a tendency to take a joke or humorous situation and run with it. Jakob’s father speaks only in Hebrew, and only using direct quotes from scripture. These are transcribed in the novel in both Hebrew, with their English translation and scriptural citation alongside. It is absurdist, deliberately so of course, however, it comes across as being clever first time round but showing off after a while. The chapters when Jakob become involved in the Esperanto movement suffer from the same overindulgence.

Criticisms aside this is a hugely accomplished novel, unafraid of taking its readers into the fields of psychology, linguistics, reincarnation, and the horrors of the Warsaw Ghetto.

A Curable Romantic is a book that has you constantly Googling events, movements, and characters to see if they are historical realities or Skibell’s fictional inventions.

A Curable Romantic has tangible depth and a well-defined sense of time and place, its comic tone creating an uneasy tension as the story moves into the darker aspects of 20th century European history.

However, it might have been a much better read if it had been more tightly written, with less meandering prose.