A Crooked Tree: A Novel 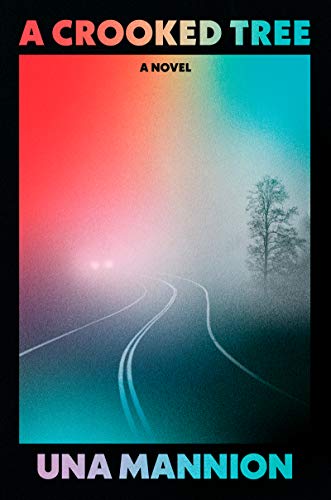 A Crooked Tree is a sonorous ode to youth with all its innocence, angst, disillusionment, and unfiltered honesty. Author Una Mannion tells a coming-of-age story in its full expression as told by clear-eyed, 15-year-old Libby Gallagher, the third of five siblings born to a family most would call dysfunctional, yet with Mannion’s deft handling, we experience the family as normal; we accept as plausible the frame of reference in this heart-tugging cause and effect story.

It is the early 1980s. The five Gallagher siblings, whose ages span a decade, jostle, and spar with each other in the back seat, while their distracted mother is behind the wheel, on the eve of summer vacation. It is coming dusk as they drive home to bucolic Pennsylvania’s Valley Forge Mountain, and divorced mother, Faye, has had enough. Twelve-year-old Ellen tests Faye’s last nerve by giving her lip, and in a stunning fit of pique, Faye stops the car and demands that Ellen get out. Libby recounts what becomes the pivotal, repercussive scene, “We were still five or six miles from home. I hadn’t said anything to make my mother stop. We careened down the road, went through the covered bridge, past farmland, and fences. Beside us, the shadows of dogwoods blurred in the dark as my mother kept driving.”

The family drives on, until Beatrice, the youngest, points out there are no streetlights, and asks, “How will she see the way home?” Libby reports, “Nobody said anything.” Unsettling as the episode is, it sets the stage for the fallout of that rash act and catapults the rest of the story. In Mannion’s masterful hands, the history of the family dynamic unfurls in such a way that the attendant drama is understandable.

It is an adolescents’ wooded wonderland on rural, Valley Forge mountain, and in some respects, Libby is in the midst of the magic of youth. She knows every family in the neighborhood and has a proprietary relationship with every inch of the woods around it, enough to make her fearless way through at night as she walks to her babysitting job every Friday. Libby and her best friend, Sage Adams, have a secret fort in the woods they call The Kingdom, and use it as a sanctuary. Libby leads a teenager’s life, replete with bonfires and crushes, in spite of her rudderless upbringing.

The Gallagher siblings share a collective heartbreak from the death of their Irish father. Born to a farming community in rural Ireland, we learn of Martin Gallagher’s impact through Libby’s memories. A landscaper with a deeply personal way of relating to nature, the legacy he leaves his children is of the mystical variety fraught with old-world Irish customs. That he died unexpectedly after his unstable relationship and ultimate divorce from Faye leaves his children in an emotionally vulnerable position. Left alone with the detached Faye, who focuses on her affair with a married man Libby has never met, the siblings fend for themselves in their lack of parental supervision.

Libby shares her eldest sibling’s comment about their mother, “Marie said our mother liked having babies, the first part, giving birth and stuff and being embarrassed about it, but not the other part, like raising them.” And yet, Libby and her siblings maintain a tribal loyalty to their mother, at times covering for her, even as they know by anyone’s standards, their mother’s child-rearing skills verge on neglect. Knowing Faye’s character defects and limits, the siblings bind together in the art of public deception. When Libby learns her sister, Ellen, hitch-hiked that night and was given a frightening ride by a stranger, she makes the mistake of protecting Ellen by hiding the facts from everyone, thinking the unsavory story would reflect badly on their mother.

Wilson McVay is the bad boy about town who insinuates himself into the Gallagher family. Twenty years old with a storied past, word about town is he’s a psychotic drug dealer. Libby is afraid of Wilson and resents it when her eldest sister befriends him and jumps to conclusions when she discovers Sage seems to know him. Feeling betrayed by Sage, Libby’s ground is shifting, and her security is challenged more when Marie, who stands as a maternal figure, leaves home for college, leaving the family dynamic forever altered.

When Wilson McVay catches wind of Ellen being picked up that night by a shady character, he takes matters into his own hands by assembling a posse and tracking down the man who gave Ellen the ride, supposedly in the interest of payback. Repercussions from Wilson’s act take a while to spin out of control completely, and when they do, a truth is revealed that brings all characters in the story to resolution, in a remarkably clever and satisfactory ending.

A Crooked Tree is a wise, deep-probing exploration of the complexities of youth as seen from a shaky family dynamic they defend because it’s all they know. Coming-of-age concerns such as loyalty, trust, loss, self-esteem, and a place to call home are sensitively depicted in a rural, Pennsylvania setting so poetically drawn you feel it viscerally. Author Una Mannion aptly uses the image of a crooked tree that marks the entrance to The Kingdom as a metaphor for Libby’s hard-won character. The damaged tree bends then veers upright, and Libby says of that landmark, “The young tree survived, but was left with this strange shape.”