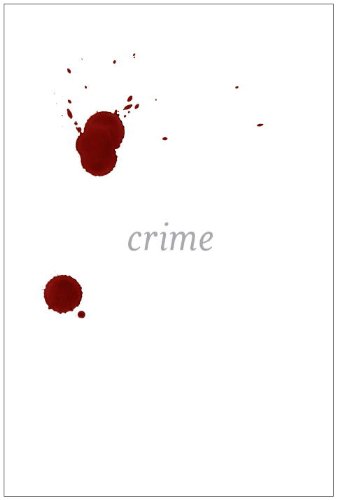 Crime fiction has been dominated for the last couple of years, it would seem, by a host of excellent Scandinavian writers from Stieg Larsson, Henning Mankell, Jo Nesbø and the American in-exile, James Thompson, whose debut novel, Snow Angels, won critical acclaim from fans and critics alike.

Now Germany is stepping up to the plate, and leading the charge is Ferdinand von Schirach, one of Germany’s most prominent and respected defense attorneys. Ferdinand von Schirach was born in Munich in 1964, and since 1994 has worked as a criminal defense lawyer in Berlin. Among his many colorful clients have been the former member of the Politburo Günter Schabowski, East German spy Norbert Juretzko, and members of the notorious German underworld.

Von Schirach’s book is simply but aptly named, Crime. “Guilt,” writes von Schirach in this wonderful collection, “always presents a bit of a problem.” Writing from his unique perspective, he offers a powerful insight on guilt, justice, and ultimately, crime itself, the machinations inhabiting the criminal mind, as well as the German criminal justice system itself.

Crime: Stories is a collection of tales, and when reading them you hear the ring of legitimacy in the words. Some of the cases are strange, some bewildering, and others heartbreaking, but all are told with a voice strong on authenticity, and never in black and white. Gray is the leading color in Crime: Stories, interspersing with copious amounts of red.

In “Fähner,” we are confronted with moral ambiguity when a respected and gentle doctor, who’s also an avid gardener, calmly chops up his wife of 40 years with an axe. Was it her cruelty and abuse of him for years that became the catalyst for this dreadful deed? Or something even more sinister?

“Summertime” tells the haunting story of Abbas, a young Palestinian refugee forced into a life of crime, who finally finds true love with beautiful Stefanie, a student. But when she is brutally murdered in a seedy hotel room after being paid to have sex with one of the country’s wealthiest men, everything comes crashing down on Abbas’ life.

There are nine more short stories, including “The Cello,” a strange tale of fated siblings Theresa and Leonard, both privileged but neglected, whose escape from their father’s indifferent household offers only transitory freedom.

Grisly and unconventional, “Love,” tells the story of a defense attorney who represents a troubled student with a cannibalism fetish whose infatuation with his girlfriend takes a gruesome turn as he comes to grips with his unconventional and compulsive desires.

Other stories are equally enigmatic. In “Self-Defense,” what is the identity of the man responsible for killing two neo-Nazi skinheads on a train, and what is his motive for such an appalling act: vengeance or simply the need to kill? And why does he refuse to talk?

In the wholly fascinating and totally original “Thorn,” why would a museum drop all charges against someone who deliberately attacks and smashes one of its precious statues? The attacker, a museum guard, has developed an obsessive fixation with a statue of a young boy struggling to remove a thorn embedded in the sole of his foot. Watching this relentless and unending quest every night, the watchman’s life descends into a journey of madness with unforeseen consequences.

In Crime: Stories, Ferdinand von Schirach has given us a remarkable and compelling collection of profoundly poignant stories that will stay with us long after we have closed the book. Schirach has breathed new life into the short story genre, and for that we should all be grateful. All we ask for now from him is a full-length book—be it fiction or fact.