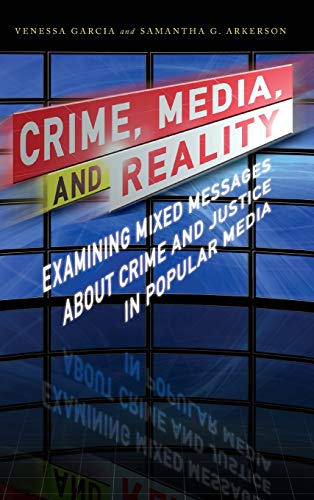 President Donald Trump watches a lot of television. Tweets from Mr. Trump's account indicate that his viewing habits include a healthy dose of news programming. In this, the president is not so different from many Americans. Moreover, Donald Trump gained significant fame as the star of a popular reality TV show, so it is not surprising that television is his preferred medium.

President Trump also famously does not read books. However, as Chief Executive of the United States, he has access to tremendous amounts of information, along with thousands of highly skilled experts who help him understand it. Citizens of the United States should be thankful that the leader of the free world has ancillary sources and is not limited in his understanding of important issues to what mass media offers. This is because there is a fair, and perhaps scary question to ask when it comes to mass media: When we watch the news, are we consuming reality?

Professor Venessa Garcia and student Samantha G. Arkerson analyze this question in the context of crime and justice in their surprisingly thought-provoking new book, Crime, Media and Reality: Examining Mixed Messages about Crime and Justice in Popular Media.

Garcia is a full-time member of the Department of Criminal Justice at New Jersey City University, and brings an encyclopedic knowledge of crime, justice and sociology to the book. Arkerson is an early childhood development student, and brings a generational perspective. Together, the authors have crafted a book that is both readable and important.

According to the authors, a main concern driving the book is that the media controls what information huge swaths of the world receive. In fact, the authors argue that the media actually creates reality through the process of social construction. This is the idea that "nothing is known as fact until it is created as such through culture." People cannot experience all of reality individually. But reality can, and does, become "known" through information that individuals receive, in part, from the media. As such, the way that a given subject is portrayed in the media can actually alter reality.

The impact of media on crime and justice can hardly be overstated. How the media chooses to cover crime as news or entertainment actually impacts crime and justice policy. Conceptually, this is similar to a feedback loop. The media presents crime in a certain way, the population consumes the portrayal, the portrayal becomes reality, and public officials craft policy based on that reality.

At its worst, quantifiable and verifiable facts cannot penetrate such a feedback loop. Consider crime and justice policies relating to sex offenders. Common sense dictates that sex offenders are very likely to reoffend upon release from custody, and that registries are a net benefit to public safety. These realities are both the result of social construction, from whole cloth, at the hands of media. But neither of these "facts" are accurate. Reams of data show that sex offenders have one of the lowest recidivism rates of any category of offender. And registries provide nothing more than an illusion of public safety.

But if it bleeds, it leads. So we get our information, create our reality, and craft criminal justice policy according to the most sensational criminal cases that media sources can find. There is obvious danger here. Incorrect information leads to bad policy in every case. It also leads to racism, sexism, and dangerous moral panic.

"Most members of society, fortunately, do not have direct exposure to crime and justice," write the authors. "As a result, they rely on the media for their crime and justice 'knowledge. The social construction put forth by the media tell us who is likely to commit crime, which crimes are more likely to occur in society, and how often they occur. They tell us about race, gender, income, age, and religion. Social constructs also tell us how the justice system fights crime and how effective they are. While the media did not single-handedly create these social constructs out of thin air, as they are constructs already found in society, they have helped to reinforce various political agendas. These constructs guide our ideologies on how crime should be dealt with."

There is a lesson for everyone here. Consume media with a critical eye. This country is not overrun with crime, the police are not always your friend, and the black guy with a hoodie is not looking to rob someone.