A Crack in Everything: Welcome to the Other Side (Dubh Linn) 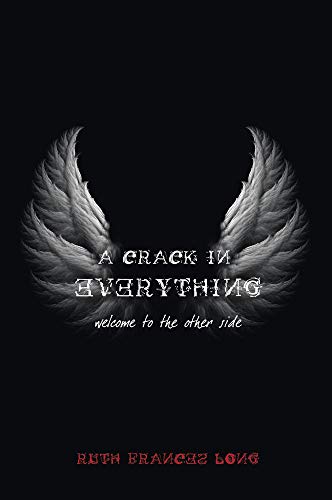 Susan Callisto is slowly turning away from law to running her own political consulting firm (insert joke about clients being the same pond scum here). Her specialty is entry level candidates, and her main client—Roddie Baird for alderman—is an apparent shoe-in.

Word about Callisto’s competence must have gotten out, because Chaz Renfrow shows up with a $20,000 retainer to help him run for mayor of a nearby town. The current mayor is opposing Renfrow’s biotech company, and Renfrow figures that when he’s mayor, he can do what he wants.

But when Callisto asks her political operative friend about Renfrow, he tells her the guy is bad news. She needs the money, so she ignores the advice and signs on her new client; meanwhile, she is trying to wheedle Nino, her substitute grandfather, into selling his restaurant to a developer.

Callisto is a peculiar mix of shrewd and naïve. She knows her consulting business enough to tell Baird to order stamps from the post office with his likeness on them, but she takes on Renfrow nonetheless. She argues throughout A Crack in Everything with Nino (is this supposed to show her nurturing side?) and that attempt at character development grows tiresome after the first three times.

The murder is of Renfrow’s CEO is an odd choice for a victim: We meet the woman just a few pages before she’s killed, so the reader doesn’t really care about the crime—although the choice of murder weapon is a nice touch.

The ending to A Crack in Everything takes too long, demanding more explanation than action. Want plot twists? Fine, but make them short. Better to leave the reader satisfied and marveling at how well everything ties up than trudging onward.

Peter Falk, who played Detective Columbo on television, explained was what actors used to refer to as Moshe the Explainer Scene:

“And that's when the detective, he takes two pages—he talks for two pages, and he explains everything that happened. . . . So the trick is to have that final scene remain a scene and have the cat and mouse going back and forth and the audience plus the villain, they don't know what in the hell this guy's driving at, but they're interested. You show them just enough to keep them interested, keep them guessing. What is he going to do? And when you finally nail the guy that should be the end of the show. There should be about three lines after that, and that's it.”
Callisto needs to reconcile her lawyer savvy with her political op biz. Maybe next time she can find more worthy candidates to manage. Lukewarm recommendation. Angela Gerst could have done better here.