Conservatism: The Fight for a Tradition 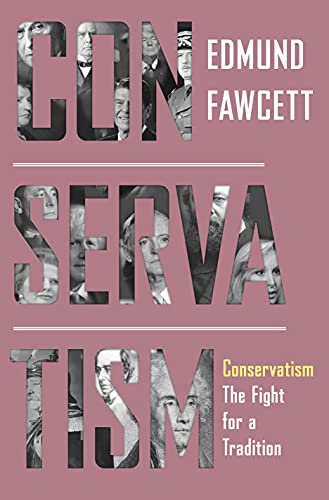 “Fawcett displays an impressive knowledge of the thinkers and doers of . . . conservatism throughout modern history.”

Edmund Fawcett, a former chief correspondent for The Economist, who calls himself a “left-wing liberal,” has written a book on conservatism in which he attempts to explain conservatism’s historical roots and phases; to identify its principal policymakers and thinkers in Britain, the United States, France, and Germany; and to explore the competing factions within today’s conservative political and ideological universe.

Conservatism: The Fight for a Tradition is in a sense a companion volume to Fawcett’s previous book Liberalism: The Life of an Idea. In both books, Fawcett displays an impressive knowledge of the thinkers and doers of liberalism and conservatism throughout modern history. But in both books, especially Conservatism, his “left-wing liberalism” colors his assessments and conclusions.

Fawcett correctly traces modern conservatism’s roots to early critics of the French Revolution, including England’s Edmund Burke, France’s Joseph de Maistre and Francois-Rene de Chateaubriand, Germany’s Friedrich von Gentz, and Americans James Madison and Gouverneur Morris. These and other critics, Fawcett writes, left a lasting legacy to modern conservatives, which included belief in “limits of political reason,” the imperfectability of man, and the inscrutability of history.

Conservatives, the author explains, cherish and defend custom, tradition, order, and religion, but are open to gradual change. They do not believe in innate human equality or in the notion of linear progress. Conservatives value private property and individual freedom within the limits of an ordered society. They cherish and defend what the great American scholar Russell Kirk called “the permanent things.”

Fawcett recognizes that there have been and still are different strands of conservatism. He locates conservatism’s first phase between 1830 and 1880, when European conservatives feared and resisted revolutions that broke out in 1830 and later in 1848.

In France, some on the political right championed a restoration of the monarchy. In Britain, Tory political leaders Robert Peel, Edward Stanley (Lord Derby), and Benjamin Disraeli, “skillfully shepherded conservatism toward accommodation with liberal democracy.” In Prussia and later Germany, Otto von Bismarck imposed what Fawcett calls a “democratic-authoritarian hybrid” government. While in the United States, Henry Clay, Daniel Webster, and John C. Calhoun sought unsuccessfully to preserve the Union by compromise. Lincoln preserved it with the sword.

The conservative thinkers Fawcett highlights for the mid-to-late 19th century include Calhoun, Orestes Brownson, and Charles Hodge in America (in his previous book he inaccurately claimed Lincoln for the liberals); Felicite de Lamennais in France; Wilhelm von Ketteler and Otto von Gierke in Germany; and John Henry Cardinal Newman, James Fitzjames Stephen and Samuel Taylor Coleridge in Britain. These were Christian churchmen, scholars, and poets, Fawcett writes, who used religion and reason against liberalism.

Fawcett places the second phase of conservatism between 1880 and 1945. He praises the moderate, “responsible” right in France’s Third Republic and in Great Britain, highlighting the “conservative centrism” of Raymond Poincare, and the modern Toryism of Robert Cecil (Lord Salisbury) and Winston Churchill who combined order, reverence for empire, and reform.

In America, the so-called Gilded Age was dominated by the great titans of capitalism and the limited government policies of Harding and Coolidge that succeeded the progressive Woodrow Wilson and the catastrophe of the First World War. Economic depression and the Second World War led to conservatism’s eclipse by the New Deal and the enormous growth of the federal government. In Germany, Fawcett interestingly blames the fall of the Weimar Republic and the rise of Nazism on the weakness of conservatism.

Conservatism’s third phase, according to the author, is from 1945 to 1980. Here, Fawcett discusses post-World War II conservative statesmen, such as De Gaulle in France, Adenauer and Kohl in Germany, Taft, Eisenhower, Goldwater, Nixon, and Reagan in the United States, and Macmillan and Thatcher in Britain. This was the time period that saw great cultural shifts in the West, especially beginning in the 1960s. Indeed, much of modern conservatism is a reaction to the cultural upheaval of the ’60s.

It was also the era when the modern conservative intellectual movement began and flourished, especially in the United States. In 1953, Russell Kirk’s The Conservative Mind educated Americans about conservatism’s intellectual forbearers. William F. Buckley Jr. launched National Review in 1955 and attracted brilliant conservative thinkers to the journal, including Kirk, James Burnham, Richard Weaver, Whittaker Chambers, Frank Meyer, and many others. Former liberals formed a neo-conservative movement that joined with traditional conservatives to elect Ronald Reagan President of the United States in 1980.

The hard right, Fawcett claims, combines “economic libertarians and aggrieved nation-firsters, united in opposition . . . to self-serving, out-of-touch elites that [have] perverted true conservatism.” It feeds on anger over unrestrained immigration and financial troubles. For Fawcett, the hard right consists of populist movements and leaders, especially President Trump. But Trump has imitators in England, France, and Germany.

Fawcett, unlike some other left-wing liberals, does not call Trump and other populist leaders “fascists,” but he does fear them. His favorite conservatives are those who oppose Trump and the populist politicians in England, France, and Germany. He has little good to say about the intellectual leaders of the hard right (Pat Buchanan, Steve Bannon, Rod Dreher), instead praising the soft right, never-Trumpers (David Brooks, George Will, and similar writers in all four countries). He calls the latter “liberal conservatives,” whatever that means.

The author claims that “the left is everywhere in retreat” and that “[w]e are living in an era of the right.” That is a half-truth at best. The left dominates the media, academia, the culture, and many institutions in all four of the countries surveyed by Fawcett. He laments that what he calls the left’s “commitment to socialism” has been abandoned—it hasn’t. He sees today’s conservatism divided between an “illiberal hard right” allied to “hyper-liberal globalists and one-nation conservatives” vs. “liberal conservatives.” These are at best ill-defined categories that do not correspond to political realities.

It is more accurate to say that politics in these four countries increasingly pits populist conservatives against a liberal-conservative globalist elite, and Edmund Fawcett clearly sides with the latter.