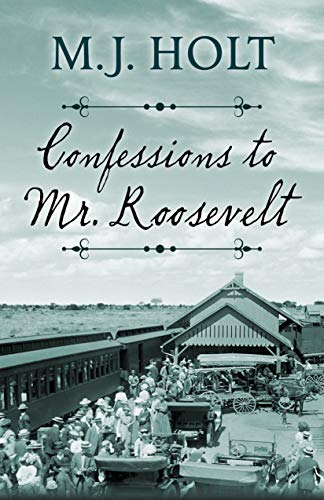 “This book is a delight to read and a keeper for your research shelf.”

Readers of historical fiction will devour this charming book and happily cheer for its main character, Ellen Hartley, as she searches for writing work during the Great Depression. There isn't much work of any kind, but she is lucky enough to be hired for the Federal Writers' Project, one of the WPA (Works Progress Administration) programs in President Roosevelt's New Deal plan to put people to work and stimulate travel as a way of strengthening the hard-pressed economy.

Ellen's job is to interview elderly residents for oral histories that would then be turned into state guides. She's hoping the interviewing job will eventually lead to one of the actual writing jobs. Ellen listens to Mrs. Fletcher summarize the job description:

"The main goal . . . is compiling a state guide. . . I've already hired dozens of workers for the guide, because it must be comprehensive, touching on all sorts of topics. Highway routes crisscrossing the state . . . Town histories and what one will find in those places today. Points of historical interest. Manufacturing. . . pioneer stories will be included in some way. Ultimately we hope for these documents to be housed at the state historical society for future generations to study . . . "

A plumb job for any new writer even today!

But in 1936, women were much lower on the ladder in the workplace, while at the same time held to much greater personal standards than they are today. It was a time when being married or engaged to be married was considered a distraction and could eliminate an applicant from consideration for the job. Drinking and smoking reflected badly not only on the employee but on the job itself.

Ellen didn't dare mention that she had once sipped gin from her date's flask at a football game and tried a cigarette because it seemed to be what modern girls did, so she got the job. Mrs. Fletcher tells her why:

". . . You listened when I talked, which is important when you want people to tell you things in an interview. . . . You don't have painted nails—always the sign of a loose woman in my book—and you're not chewing gum."

Though author M. J. Holt has fictionalized the workers and pioneers portrayed in the story, a great many of the events described are based on historical fact. The drought, dust storms, and poverty in Oklahoma and western Kansas during the Dust Bowl years; the 1929 Wall Street crash; the bank failures of 1932; and much more.

"Agatha sighed. 'It's a mystery to me how my brothers and I survived our childhoods. When we were sick, we were dosed with whatever homemade remedy came to mind. If things seemed really dire, Dad found someone who claimed to have doctoring skills. Otherwise, my parents were fairly indifferent toward us.'"

Agatha goes on to tell Ellen that school teachers were sometimes local ladies of ill repute. Students weren't necessarily aware of what that meant exactly, though the parents surely knew. Despite that, and because some of those women had come from genteel upbringings (and were themselves just trying to survive,) it was often the only way young girls living in these poverty stricken times were able to learn any social graces.

Obtaining interviews could be a challenge for Ellen. Some of the elderly citizens were too embarrassed to talk about their past. Some still harbored anger and resentments over things that had happened years and years ago involving neighbors or family members who were still alive. Others either hoped for or dreaded that President Roosevelt himself would read what the old folks called confessions.

There is a mysterious backstory thread involving an unearthed skeleton. The author teases us with this in chapter one (which acts as a prologue) with a description of someone burying a body in the dark of night. It all comes full circle by the end.

This book is a delight to read and a keeper for your research shelf.