The Colour of God 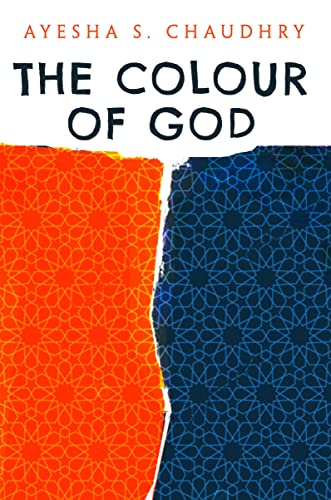 Ayesha S. Chaudhry’s story is bracketed by the birth and untimely death of a beloved nephew whose name, Sibghatullah, means The Colour of God. In between these events Chaudhry explores with wisdom and humour the scripts, religious, economic, cultural—the latter an umbrella for scripts of class, gender and race—that her parents and the rest of the family have negotiated throughout their lives with greater and lesser success.

The main geographical poles of their existence are Pakistan, where her grandparents fled at the time of the Partition of India in 1947, and Toronto where her parents fled in the ’60s for a better life. After bitter experiences of trying to assimilate into white Canadian society Chaudhry’s parents decided that it would be better to be hated for their religion than for the color of their skin and joined a very conservative Muslim sect; “the irony is that the religious identity my parents fashioned in resistance to racism was formed by that racism. It was a new religious identity, an identity encountered, learned and embraced in Canada; not one they were raised with in Pakistan. . . . they became in some ways the very caricatures of 'Muslim' conjured up by white people . . .”

One of the strict tenets of Islam relates of course to the modesty of women, and Chaudhry chose not only to cover her hair and body but also to wear the face veil or niqab until she began her doctoral studies at the age of 23 in New York City.

As she succinctly observes “Wearing a niqab in Canada was fucking exhausting,” not only in terms of the physical manoeuvring required to eat, undress, play sports, talk on the phone, etc. but in terms of dealing with the curiosity and hostility it provoked, including from white feminists who wanted to save her from herself.

Chaudhry’s book explores in detail the trials imposed particularly on girls and women by conservative Islam, as well as the aesthetic issues of having too much (herself), or too little (Rumee, her husband) hair. Nevertheless it is a book full of joy in family life and food, and the open house her mother held for friends and relations. The book ends triumphantly with her enabling her sister to be at the burial of her son, against religious ruling, and of her acceptance that her nephew and all of us “live forever in the earth being nourished by it and then nourishing it.”

This is an exquisite, engrossing, and very moving book.