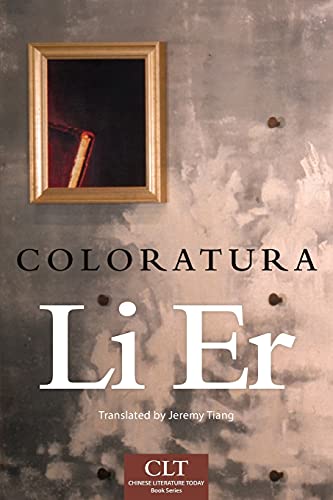 It took Li Er 10 years to write this book and it shows. The story meanders along, and every time you pick up the book to read some more you have to think where you were. Exacerbating the confusion is that the events described in the novel took place during an unusually chaotic period in Chinese history. Following the end of dynastic rule in 1911 and the May Fourth Movement of 1919, the seminal event that ushered in the radicalization of Chinese thought, the country’s destiny was very much up for grabs, with faction struggling with faction. Later, the Communists and Nationalists, both with pedigrees that went back to May Fourth, fought for control.

Ge Re, the central character, was caught up with the fervor of the era. He eventually joined Mao Zedong’s Long March of 1934–35. It was that that precipitated the events that led Mao to power.

The central question of the novel is who was Re, and what was his fate? We don’t get a full answer. There seem to be many possible fates. At one time he is apparently dead. At another is definitely alive. Finally, everyone agrees he is dead. But how he died, and who exactly he was while he was alive are less than certain.

As the different factions fight to take over the immense territory of China, Ge Ren traverses the political and intellectual life of the country, making a profound impact wherever he goes.

Inevitably, with three narrators the story is not consistent. It is very much Mathew, Mark, Luke, and John. Moreover, interspersed with these strands are other voices, quotes from people and books, some real and some fictitious.

As the translator, Jeremy Tiang, says in his introduction, “We ultimately end up not much wiser as to what actually happened. The book has ‘truth’ at the core of its onion. You peel away layer after layer, only to discover nothing at all.”

If the reader persists in getting to the end of the novel he/she will have learned something unusual about the inner wheels of a part of wartime Chinese life at an important historical time. But whether that is enough reward for a difficult read is doubtful. If you’re interested in Chinese history you can try it, you might like it, but be prepared to be disappointed.