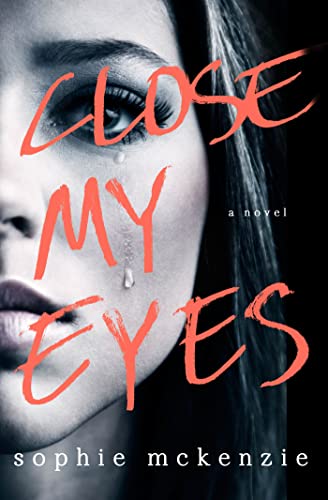 Bring this book to the beach, but don’t forget to keep putting on sunscreen, because once you start reading, you’ll forget everything else around you.

It sounds like Geniver Loxley (Gen) has a great life, but the reader can see it’s been a downward spiral for the past eight years since the stillbirth of her daughter, Beth.

The old chestnut—a stranger turning up on the doorstep—is used to good effect since it jolts Gen out of her somnambulant state.

But if there was some conspiracy at Beth’s birth (she was delivered by C-section, so Gen wasn’t cognizant at the moment) that means everyone she trusted—husband, doctor, hospital—all were in on some giant hoax.

Gen can’t ignore this information, and she starts to pull at some loose threads. At the same time her husband Art is pressuring her for more IVF treatments. Money is not an issue, Art is on TV, and has built his company Loxley Benson on ethical decisionmaking. Another reason he can’t be part of the conspiracy. And then when Lorcan Byrne shows up for Art’s birthday, everyone says he’s no good—he’s now a middling Irish actor, but way when he almost sunk the firm in its nascent stages. Should she steer clear of him?

Gen thought she had good friends, but even her best friend Hen doesn’t want to keep going over the Beth story.

It’s interesting to see what Sophie McKenzie does with the concept of grief: How long is too long? When do you just keep quiet about your grief because no one wants to hear you anymore?

Sophie McKenzie makes good use of twists and clues that add up, then don’t add up. Maybe Lorcan just wants to get back at Art for throwing him out of the company. Maybe the stranger on the doorstep just wants money. Maybe Art’s perfectly creepy sister Morgan just wants peace and quiet.

The few holes in the plot only become apparent when you finish this fast-paced psychological thriller.

The final twist might be one turn too many, but you will look for the next book by the author and enjoy the white-knuckled ride.