The Chitlin' Circuit: And the Road to Rock 'n' Roll 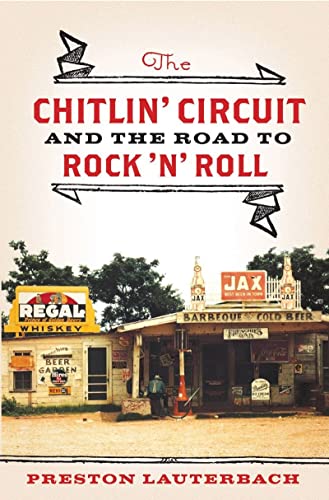 Through at least the first third of the 20th century, segregation prevented many talented African American performers from working in high-paying white-owned nightclubs and similar lucrative venues.

Hustling club owners in Bronzevilles like Indianapolis, Milwaukee, Chicago, Memphis, Houston, Detroit, and New Orleans created the Chitlin’ Circuit. They selected and controlled the acts as well as the clubs allowed to join the circuit. By feeding the clubs with talent they represented, in “off the grid” venues too small to be noticed by predatory Mob “syndicates” (or the IRS), they reaped untold financial rewards.

Squeezing cash from the circuit was simple for men with good business minds like Denver Ferguson of the Indianapolis Bronzeville. Ferguson—notorious among police as a gambling kingpin—would send “advance men” to mostly Deep South Bronzevilles weeks before an act arrived. Like other circuit operators, Ferguson relied upon the Chicago Defender’s entertainment “news” column—mostly rewritten press releases—that kept the national black audience informed about the latest Chitlin’ Circuit acts and new or revamped venues.

In the field, Ferguson’s men would search out dependable black businessmen—a barber or club owner—and provide them with promotional materials and financial incentives to pack venues booked by Ferguson. These “shadow promoters” prospered to the degree that they aggressively promoted Ferguson’s acts. Often, they would serve several bookers simultaneously.

Amusing details like this fill The Chitlin’ Circuit and the Road to Rock and Roll, music journalist Preston Lauterbach’s first book. Page after page, Mr. Lauterbach presents an outrageous cast of rogues and their Byzantine operations, contextualized against the social, legal, and political undercurrents contributing to their success.

For research, Mr. Lauterbach used “newspapers, interviews with aged jitterbugs, torn scrapbooks and city directories,” to chase the Chitlin’ Circuit through “unexpected back roads.” These byways include gambling dens, “multiple murders, human catastrophe, commercial sex and bootlegging” to bring to life the raucous, larcenous and sometimes lethal activities that were an intrinsic part of the Chitlin’ Circuit.

Mr. Lauterbach writes that several Chitlin’ Circuits operated simultaneously. There was the comedy circuit that spawned Red Foxx and Richard Pryor, the black drama circuit of August Wilson (and, currently, Tyler Perry), and the circuit that forms the basis for this book. The author also describes the events that caused the circuit to attain national consolidation among a few powerful men by the late 1940s, leading to the creation of rock and roll a bare decade later.

Though many of the hustlers’ names have receded from memory, Mr. Lauterbach writes that it was “the numbers rackets, dice parlors, dancehalls and bootleg liquor and prostitution rings that financed the artistic development of breakthrough performers.” Among these were jump-n-jiver Louis Jordan, Wynonie Harris, and Roy Brown (whose song, “Good Rockin’ Tonight,” would prefigure the term “rock and roll” by nearly a decade). There were also acts like Lucky Millinder, Amos Milburn, and Johnny Ace—popular artists whose reputations did not survive long beyond their heydays.

Performers did very well financially on the Chitlin’ Circuit, even if they had to endure driving as far as one hundred or more miles to a new gig every night for as many as three hundred nights a year. In his autobiography, blues giant B. B. King describes the travails and dangers of such endeavors in the segregated South of the 1940s.

The dance hall circuit worked smoothly into the 1940s before technology intruded. “Until records eclipsed live shows as the top moneymakers,” notes Mr. Lauterbach, “new [musical] sounds grew on the road and in the nightclubs rather than in the recording studios.” In later sections, he describes how the circuit nurtured the rhythm and blues music of performers like Louis Jordan and Roy Brown and turned it into glorious rock and roll.

The author capably documents the circuit’s postwar transformation as the economy boomed, demographics changed, and urban renewal destroyed Bronzevilles in many cities. Beale Street in Memphis, TN, is probably the starkest example of the death of an economically viable black city-within-a-city, courtesy of urban renewal, or what poet Amiri Baraka has termed, “Negro removal.”

By the late 1950s, Chitlin’ Circuit performers were breaking the barriers of segregation, and their muscular form of rock and roll became a national phenomenon. The result was creation of pop crossover superstars like Joe Turner, B.B. King, Ike & Tina Turner, Little Richard, and James Brown.

While it may seem a relic of the past, the author notes that the circuit still exists. Today’s version presents comedy, music, and dance acts appealing to mostly older southern audiences with fond memories of its halcyon days. TV and movie producer Tyler Perry credits the Chitlin’ Circuit’s loyal black audiences for his success. Likewise, bluesman Bobby Rush keeps “The Bobby Rush Revue” traveling the country by bus, playing to appreciative audiences in sold-out arenas and tent shows.

In The Chitlin’ Circuit and the Road to Rock and Roll, Preston Lauterbach has created a noir-like detective story that brings the reader into the shadowy past to locate his subjects in back rooms, where deals were often closed or nullified with firearms and careers were made or destroyed. This intensively researched, slyly humorous, and appealing book should have been written years ago, as it fills a knowledge gap in American musical history.

One cavil: To the book’s narrative detriment, the author frequently provides extraneous detail that could easily have been omitted.