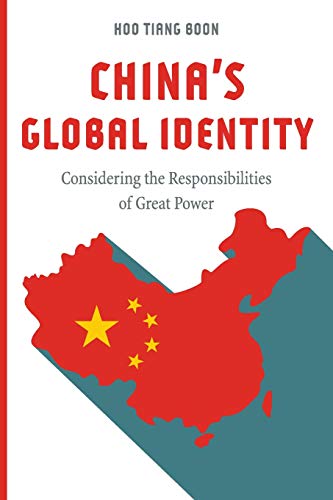 “The scholars of international affairs must be cautious in accepting the rhetoric of Chinese policymakers couched in morality. . . . We all must be vigilant whenever a new nation rises to the top, promotes self-exceptionalism, but promises benevolence.”

China has emerged as a world power vying for global influence in thus far muted rivalry with the United States. In the past several decades, Russia, Japan, and the European Union have failed to effectively contest the U.S. hegemony. However, China’s assertion to be a global force coincides with the weakening of the U.S. backbone to discharge its international responsibilities, a trend now worsening under President Trump.

Nations do not rise to the top of the world by mere historical fluke. The will to be a superpower is vital for being a superpower. And this will cannot be quickly cooked. The will to be a great power requires economic, social, intellectual, and moral competence. China is undertaking “the arduous learning journey of a great power.” This is a thesis that Hoo Tiang Boon, a professor at a Singapore university and the editor of Chinese Foreign Policy under Xi, presents in his bountifully footnoted book, China’s Global Identity.

For centuries, says Professor Boon, China’s self-concept has been anchored in exceptionalism, a view that China is unique and inimitable. Imperial China viewed itself as the complete world for “there is no land that is not the Emperor’s.” Under the notion of yi (a Confucian concept of righteousness), the disdain for the non-Chinese (barbarians) had been cultivated through generations.

The yi mandates that the foreigners be left alone to nurse their own inferiority as China bears no responsibility to civilize them, a view that Confucius endorsed, and a view diametrically opposed to “the white man's burden” underpinning the European colonialism.

Even when China came under the European domination, China viewed itself as the “great victim” keeping alive its sense of intrinsic greatness. In the decades when Maoist China was “poverty-stricken and backward country” as compared to the European nations, the Chinese view of intrinsic greatness did not dissolve into national despair but prompted concerted action to alleviate poverty.

Professor Boon rightfully assumes that the superpower status, though driven by economic and military might, requires a sense of moral responsibility to the world including concern for the poor nations. Exploiting weak nations for selfish national interests may succeed but such exploitation does not make the predator nation a great power worthy of awe and respect. Humanity has always made moral distinctions between cruel and beneficent superiors.

China is in the process of abandoning its historical narrative of China-only to engage with the contemporary world. China cannot be a great power if it continues to hold on to the view that the non-Chinese are barbarians who must be left to their own inferiority. Nor can China embrace the discredited European view of civilizing others by force.

Professor Boon argues that the Chinese policymakers have been aware of the moral dimensions of being a great power. Sun Yat-sen, the founding father of the Republic of China, advocated jiruo fuqing that means “helping the needy and lifting the fallen.” Mao Zedong reinforced the idea of China’s responsibility for “a greater contribution to humanity.” This contribution varied from ideological support to economic assistance.

China’s Global Identity provides several graphs to demonstrate that the term “responsible great power” is frequently invoked in official newspapers and speeches, repudiating the paradigm of “self-interest as (the) only motivation.” President Xi and other Chinese leaders are resurrecting the Confucian view that “a country must view morality as its interest too” to verbalize China’s moral responsibility to benefit the world.

For example, the Chinese initiative of “One Belt, One Road” (OBOR) involving billions of dollars and scores of countries is projected as an economic venture not simply for the benefit of China but for the advantage of humanity. Professor Boon explains that Beijing refuses to compare the OBOR with the American Marshall Plan, labeling the Plan as a hegemonic solo but OBOR as a “symphony” of many countries. Some Chinese writers portray OBOR as a showcase of “soft power” and “Chinese wisdom.”

The Chinese demand for rulemaking authority becomes even more pertinent when President Trump argues that other nations, particularly Europe and Japan, must share the cost of common defense and that the U.S. alone cannot be burdened with the entire expense. This logic implies that the U.S. must surrender some of its rulemaking authority that it exercises in international commerce and the use of force.

The book offers a detailed analysis of how Chinese policymakers and scholarly circles articulate the calculus of responsibility for China as a rising great power on the world scene. Boon’s historical analysis of imperial China, including quotes from Confucius, weaves together a concept of Chinese exceptionalism (as a people and as a nation) determined to do good in the world.

China’s Global Identity is likely to be well-received in China. A review listed on the book jacket quotes the dean of the school of international studies at Peking University, saying the book is “balanced, sophisticated, and nuanced.”

Unfortunately, many readers might view the book as clever propaganda, perhaps purposefully shaded, attributing high morality to government policies conceived in the dark rationality of self-interest. There is no showing in the book that the Chinese rulers have repudiated the historical axiom that views other nations as barbarians. A genuine concern for the world would demand a disavowal of such an axiom.

It is too early to tell how China would behave when it surfaces as an unrivaled global power and attains the rulemaking authority in international affairs. So far, China has been a quiet spectator of wars initiated in various parts of the world. The ill-treatment of Turkic Muslims (Uighurs) in western China is more in line with the notion of Chinese-only rather than “lifting the fallen.” Forcing nations, such as Sri Lanka, to give up territorial sovereignty over portions of their land to pay off Chinese debt is also troublesome.

The scholars of international affairs must be cautious in accepting the rhetoric of Chinese policymakers couched in morality. We have enough evidence to censure American exceptionalism that took lands from the natives, practiced slavery, and waged wars profitable for the defense corporations. We all must be vigilant whenever a new nation rises to the top, promotes self-exceptionalism, but promises benevolence.