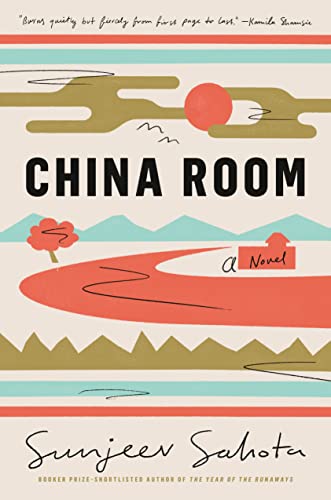 “one tightly connected braid of liberty/imprisonment in forms that are political, physical, societal, emotional, and psychological. Sahota has created a complicated vision of the choices we make and the degrees of freedom we have to make them.”

Sunjeev Sahota explores themes of oppression and love in his new novel set against the backdrop of the Indian fight for freedom from the British. With political tyranny as the backdrop, Sahota weaves back and forth between a grandmother’s story as a young bride and her grandson’s struggle to free himself from drugs.

Mehar, the young girl, is married off to one of three brothers, along with two other women at the same time. None of the brides knows which brother is her husband, compelled as they are by modesty to keep their faces veiled, their eyes lowered, when in their presence. The new wives form a sort of family, though the reader only gets to know one of them, Mehar.

Mehar’s life is constrained by her gender. She knows nothing of the larger world:

“Nothing of the news that in parts of the country and of the state, in fact, not more than ten miles from her room, many thousands have died in sectarian riots fanned by the publication of Rangila Rasul. She knows nothing of the necklaces of shoes some Muslims are being made to wear,  nothing of the banning of foreign cloth, or that the drumbeats she sometimes hears at night are a signal to the British that their time is coming to an end.”

What she does know is that women have no power, no choice, no agency:

“Later, she’ll wonder if that is the essence of being a man in the world, not simply desiring a thing, but being able to voice that desire out loud.”

Despite Mehar’s tightly constrained life, there are women in power in her family. Her widowed mother-in-law rules her sons and daughters-in-law with a cruel and heavy fist. Mai is almost a one-dimensional figure, pure villain with no qualities to make her more sympathetic to the reader. Even an oppressed class, like women, can become oppressors in their turn if they get the chance. Sahota seems to be suggesting it’s not the gender that’s the problem; it’s the societal norms that allow for power over individual liberty.

This motif reappears in the present sections, when Mehar’s grandson leaves his home in England (land of the old tyrants) to stay with his uncle, choosing to go to the family farm where his grandmother lived, so he can recover in isolation from his drug habit (another kind of oppression). His aunt is a similar figure to Mai, the one who controls the family, ordering her husband around viciously, ignoring her guest, and providing another example of female tyranny.

The theme of love plays out in similar ways, weaving between past and present. The two intertwine— love and oppression—in the voice of the woman doctor who treats the grandson for a fever at the start of his Indian stay and becomes a good friend as he recuperates. Probing why he came to India, she asks if he was looking for comfort, for a place of belonging, with everyone else looking like him. He admits that’s a factor, but explains he just loves it there. She responds:

“Is that why you’ve stayed here? To allow yourself to fall out of love with the place? You know what the best thing is about falling out of love? It sets you free. Because when you’re in love it is everything, it is imprisoning, it is all there is, and you’d do anything, anything, to keep that love. But when it withers you can suddenly see the rest of the world again, everything else floods back into the places that love had monopolized.”

With that, the novel comes full circle: the drug habit one character is trying to kick parallels the love that another one must also give up. The whole novel is one tightly connected braid of liberty/imprisonment in forms that are political, physical, societal, emotional, and psychological. Sahota has created a complicated vision of the choices we make and the degrees of freedom we have to make them. His words stay with the reader long after turning the last pages.