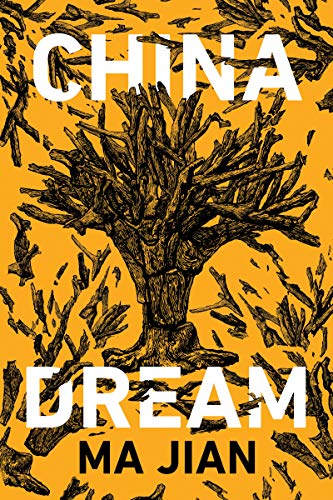 Ma Jian’s China Dream is a dissident novel in all senses of the term. It’s a novel written by a dissident: “every novel [Ma has] written has been banned in the mainland. [His] name is excluded from official lists of Chinese writers and compendiums of Chinese fiction; it can’t even be mentioned in the press. And worse still, for the last six years, the government has denied [him] the right to return.”

Ma’s purpose in writing is explicitly political and anti-governmental, expressing dissent both against specific Chinese policies and against the overall conduct of the state: “I wrote China Dream out of rage against the false utopias that have enslaved and infantilized China since 1949, and to reclaim the most brutal period of its history—the ‘violent struggle’ phase of the Cultural Revolution—from a regime that continues to repress it.”

Dissent is at the heart of China Dream. The novel’s protagonist, Ma Daode, is a senior propaganda official in a provincial Chinese town. He fantasizes about technology that would allow him (and the state) to control everyone’s dreams as part of China’s move to absolute authoritarianism. There’s real potential in this idea of dream monitoring, particularly as a comment on China’s (very real) social credit system of individual monitoring. However, dream control is only passingly mentioned. Daode’s personal dreams are the real crux of the narrative.

Daode begins to dream of his childhood and adolescence during the Cultural Revolution. He participated in the “violent struggle” wherein teenaged Red Guards formed rival groups and waged war on one another for largely imagined reasons of insufficient revolutionary fervor. Each scene that rises in Daode’s memory is visceral and gore-filled.

Ma Jian emphasizes both the youth and brutality of the Red Guards: “five ragged Million Bold Warriors [a rival faction] were dragged from the red warehouse out onto the pier, kicked in the back of their knees and forced to kneel. Raising a Mauser pistol high in the air, a mad-eyed boy called Tan Dan announced that East is Red [Daode’s faction] had lost one hundred and twenty comrades and that their deaths must be avenged. Then he went over to the five captives and, one by one, shot them in the head and kicked them into the river. After he walked away, all that remained on the pier was half a skull dripping with fresh blood.” One is reminded of Lord of the Flies, if the boys were from the outset freed of Piggy’s moderating influence. The scenes are terrifying and immediate, the return of memory repressed by the man and the culture both.

Even as Ma Daode remembers these struggles, he exploits and dispossesses the peasants who were his ostensible revolutionary allies. The village to which he was sent as a Red Guard is now set to be swallowed by a new industrial park. It’s a corrupt land-grab, intended to enrich developers and officials like Daode at the ordinary people’s expense.

Daode’s hypocrisy is the book’s largest focus, and the least interesting part of the novel. Here, Ma Jian’s focus on dissidence comes largely at the expense of characterization and nuance. The question of how dedicated revolutionaries become selfish and grotesque autocrats remains fascinating, but this is not Ma Jian’s focus. Instead, he emphasizes Ma Daode’s excesses: his focus on money, his multiple mistresses, his sexploits with prostitutes. Those chapters, which don’t move the plot forward, are clearly intended to enrage a regime that projects an image of purity, but they’re of limited interest to western readers.

While China Dream has echoes of Kurt Vonnegut, Jr’s, writing, it lacks Vonnegut’s character insight and overwhelming compassion for human weakness. Ma Jian has created a heavy handed satire. It’s exasperating to read; ultimately it’s exhausting. Ma Daode’s ruin arrives long-awaited and empty of pathos. There’s some crucial connection missing, which might be a gap in cultural expression that the translation doesn’t bridge. This is ultimately a political text, not an artistic one, and the western expectations of the character-driven novel don’t fit what rises from the page.