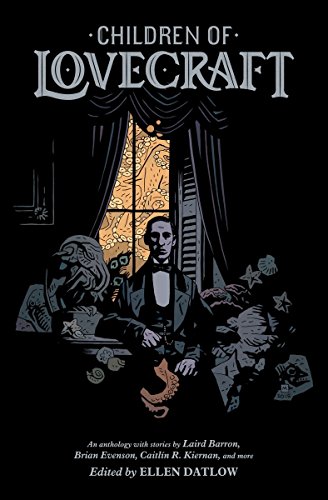 Many a Lovecraft-inspired editor and author strive to put out fiction that isn’t told in that author’s old-fashioned verbose pulp style. Datlow, however, takes things a step further: “when I edit an anthology of Lovecraftian stories, I encourage my contributors to create stories using the best of Lovecraft (the terror of the cosmic unknown, and his vision) to explore new themes, new horrors.” With few exceptions, the authors in this anthology largely eschew Lovecraft’s canon of entities and monsters to explore the very nature of cosmic horror in very modern and often powerfully emotional tales.

In “Little Ease” by Gemma Files, a discontented pest exterminator is called in to a decaying retirement home, where she finds gruesome secrets lurking within its walls, in both a literal sense and in the form of a mysterious old woman conducting esoteric research. Files takes some powerful liberties with the reader’s emotions in this tale; themes of despair and pity weigh in as heavily as scenes that of deep-rooted revulsions that one may expect from a tale about a pest exterminator, culminating in an effectively macabre, emotionally devastating, and utterly haunting ending.

Immediately following this tale is “Eternal Troutland” by Stephen Graham Jones, in which a divorced man may or may not be experiencing some kind of mental breakdown, ambiguously coupled with (or causing, or being caused by) visions of cosmic entities from beyond time. This is the kind of dense, unnerving, emotional, hilarious, sentimental, and deeply-moving that only Jones can tell, with mind-bending implications that may please fans of such Lovecraft tales as “The Shadow Out of Time.”

Some of the stories in this anthology wear their Lovecraft influences more prominently. The opener, Siobhan Carroll’s “Nesters,” is a powerfully atmospheric and morose tale set in a Dustbowl-besieged town, where a struggling family gets a visit by government officials with a keen interest in their abandoned neighbors’ farmland—which has been curiously thriving with strange vegetation ever since a meteor fell there some time before. Although very reminiscent of Lovecraft’s “The Colour Out of Space,” Carroll’s tale is wholly her own, and vividly realized in characterization, description, and mood.

David Nickle’s “Jules and Richard” is a bit of a treat for Lovecraft fans. It starts out innocuously enough, with a man named Jules who has gotten into a bicycle accident, only to be taken under the wing of a young woman living in a gaudy, art-filled estate. As the tale unfolds, elements of a particular Lovecraft story begins to creep in; but to say more would be to spoil the fun. Suffice to say, even for readers unfamiliar with its influential counterpart, this is a hilarious and morbid tale, one that dances along the thin line between horror and comedy.

Caitlín R. Kiernan’s “Excerpts for An Eschatology Quadrille” is one of the most unique of the tales in Children of Lovecraft. Concerning incidents revolving around a peculiar stone idol, this tale is told in four scenes which take place in as many time periods, changing not only their settings and characters, but their very moods and even styles, to the point that it’s like four wholly separate, if interrelated, stories.

Similarly, Livia Llewellyn’s closing story, “Bright Crown of Joy” is a split-timeline narrative. Told as a series of computer-augmented memories from a nameless narrator in a far-flung future, the story bounces back and forth in time from the final days of Earth, as she joins a small group bracing themselves against the ultimate phase of climate change . . . and then “After,” when she observes morbid beauty in the primordial cosmos in which she and the other mutated survivors of what was once humankind now dwell.

Finally, there is one other story that holds a particularly unique place in the anthology, and may well stand out as the best of the bunch. Written by veteran horror author Brian Hodge, “On These Blackened Shores of Time” is a devastating tale of a family slowly tearing apart at the seams in the wake of a tragedy. After his son’s car plunges into a collapsed former mineshaft, the narrator, his wife, and his son’s twin sister are only barely scraping by. The family’s grief begins to morph into a desperate curiosity as they begin to learn about the dark history of that mineshaft; from there, the tale slowly travels toward a powerful finale that is both terrifyingly weird and densely heartbreaking.

Cleverly realized and expertly assembled, Children of Lovecraft is easily the best Lovecraftian anthology out this year and one of the better ones in the past decade. (It also sports a beautiful cover by artist and comic master Mike Mignola.)  The power of this anthology shows in that it’s not only a must for Lovecraft fans, but for any fan of solid, mature, and mind-boggling weird fiction, courtesy of one of the finest editors in the industry.