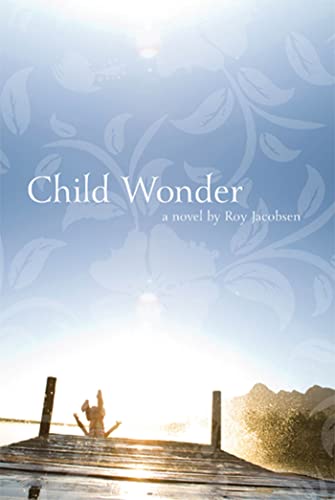 “Child Wonder is an apt title; the author excels at capturing the essence of a young boy trying to navigate changing events in his life. The reader is drawn into the journey of Finn and his mother with anticipation, following along to discover where this journey will lead.”

Child Wonder is the latest novel by Norwegian author Roy Jacobsen. He immerses himself into the world of eight-year-old Finn and his mother Gerd during the 1960s.

Finn lives with his single mother—post-divorce—in a working class neighborhood in Oslo. Tough economic times dictate that Gerd look for other sources of income besides her job in a shoe shop. She’s convinced that her decision to take in a boarder will do the trick and places an ad in the paper for just such a one.

This event is the catalyst that signifies the change that takes place in Finn’s life. A boarder arrives—Kristian—but he isn’t the only one to see that ad. Ingrid, the drug-addicted widow of Finn’s deceased father, arrives with Finn’s half-sister, Linda.

Ingrid is in no position to care for her child. In short order, Finn becomes a big brother and his mother transitions to having a daughter as well as a son.

It soon becomes apparent that Linda has special needs. Kristian, the boarder, becomes a greater factor in the family than could have been imagined, and Finn’s relationship with his mother undergoes a metamorphosis. Finn struggles to make sense of it all as he surges through childhood.

Child Wonder is an apt title; the author excels at capturing the essence of a young boy trying to navigate changing events in his life. The reader is drawn into the journey of Finn and his mother with anticipation, following along to discover where this journey will lead.

There are a number of thought-provoking plot points and here lies the book’s strength and weakness. Several of those points are broached, but never fully uncovered. Gerd, Finn’s mother becomes ill, disappearing for weeks, but that illness is never revealed. The motivations behind many of her actions remain obscured.

Then here’s a very intriguing scene about Linda’s parentage; as you hold your breath and await the climax, you reach the end of scene knowing something untoward happened, but struggling to get a concrete answer. There are several instances where the story appears to be at the threshold of a great reveal, only to meander and then move on.

To be fair, youngsters are often engaged in events that are unclear to them and ultimately remain inconclusive—the answers they seek may not be forthcoming or ever revealed. One can view Child Wonder from this perspective—perhaps it is this sensibility that the author was going for.

This ambiguity is not a bad thing, but for those who get into the story expecting concrete answers to intriguing questions, expectations might have to be lowered as you are forced to draw your own conclusions.